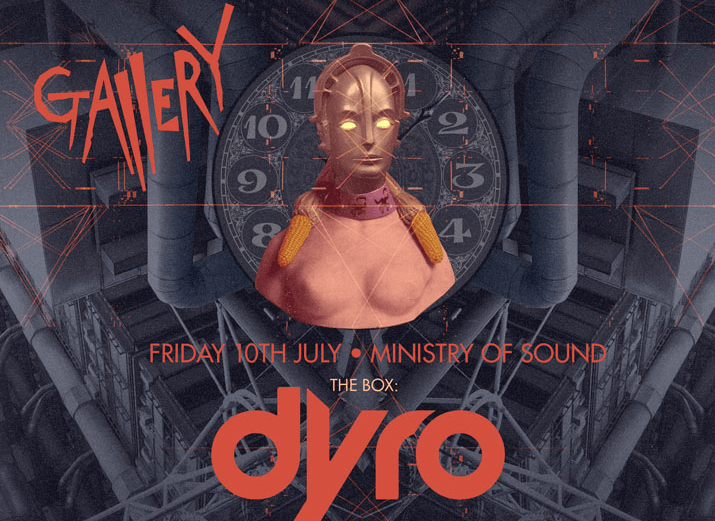 Dyro, the Dutch breakout sensation who came to prominence 2 years ago will be returning to headline The Gallery at Ministry of Sound on Friday10th July.

The energetic young gun remix maestro emanates from the same DJ stable as Hardwell, Nicky Romero and Dannic and with over a million likes on Facebook and a slew of festival dates this year, including EDC Las Vegas, has been hailed as the one to watch.

Dyro has consolidated his position in the upper echelon of the DJ rankings, which has seen him take an unprecedented rise through the ranks commanding the same respect as his countrymen. In part at least, this success can be attributed to forward thinking record label, WOLV, with a resolve to provide exposure for undiscovered talent as well as those beloved headline names. Hence this wide ranging philosophy is reflected in Dyro’s pulsating club performances, with dirty big room bangers combined with untested tunes freshly mastered from the studio.