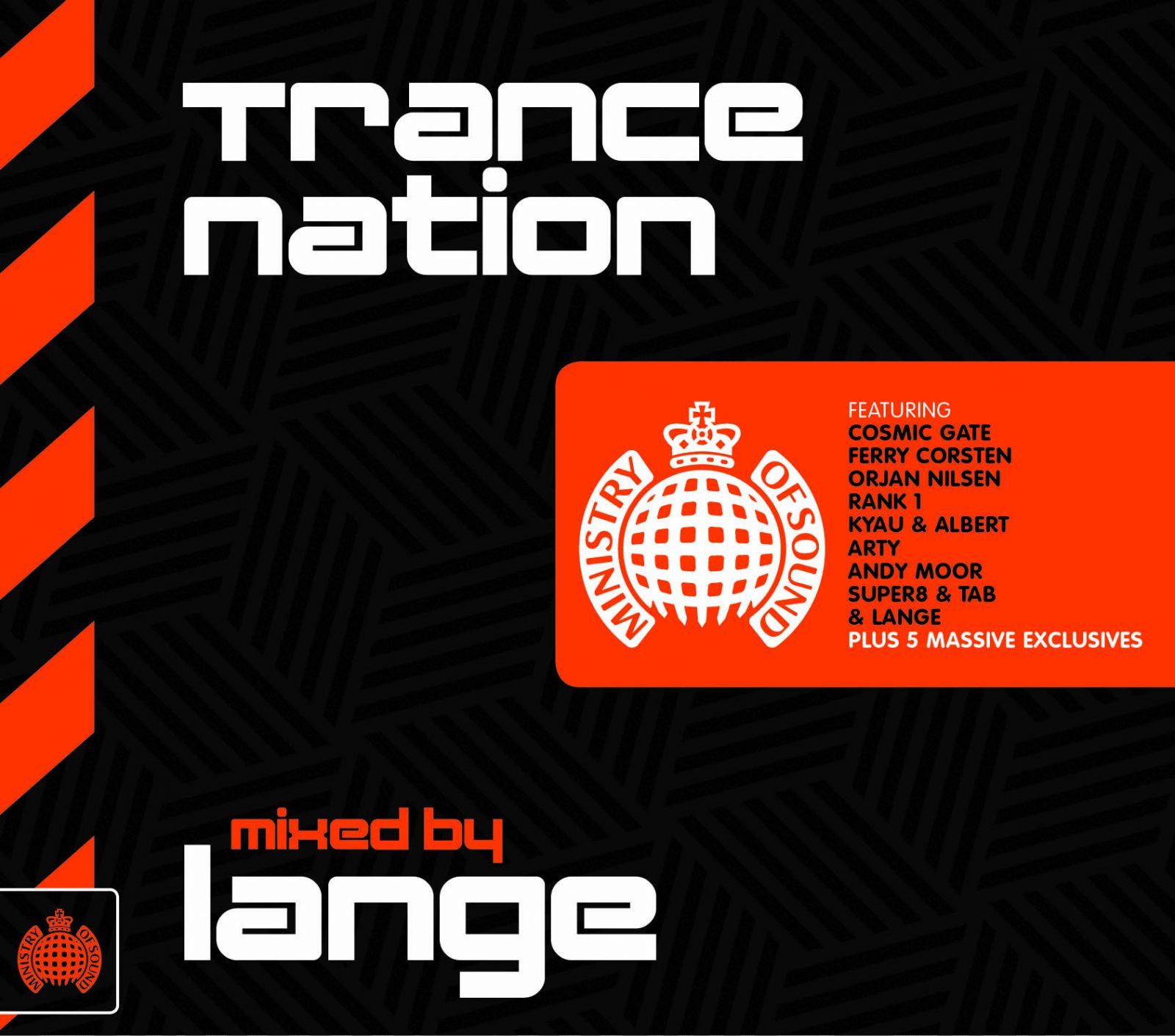 In summertime-honoured tradition, high-season 2013 sees Dance Heavyweights, Ministry of Sound, welcome scene-wide legend and genre-founding father Lange to the mix of the acclaimed Trance Nation series. Joining its esteemed comp-mixing DJ legion (which to-date has included luminaries such as Above & Beyond, Ferry Corsten, Cosmic Gate, Andy Moor and Rank 1), Lange’s mixes deliver a new high for Trance Nation. Drawing on more than a decade’s knowledge of ahead-of-the-curve sounds & styles, catalysed by exacting drops and epic lifts, Lange brings his inimitable take on the genre to two sun-summoning Trance Nation mixes. Characterizing the lifeblood of trance in 2013, it sees Lange innately compile and harmonically mix music from across its broad stylistic range. Featuring music from Ferry Corsten, Arty, Cosmic Gate, Andy Moor, Orjan Nilsen, Bobina, Shogun and a host of others, it also includes 5 massive exclusives, hot from the desk of Lange’s own studio and Lange Recordings label.

On his Trance Nation compilation, Lange said: “It’s an honour to have been invited to mix this album. For over a decade the Ministry of Sound Trance Nation series has become legendary, a snapshot of our ever-evolving scene, and I follow in the footsteps of some of it’s most respected artists”

The first mix embarks in Med-trance waters, with the vocal gleam & shimmer of Yahel & Liya’s ‘I Dive’, Passenger 75’s halcyon ‘Contact’ and Kyau & Albert with Stoneface & Terminal’s ‘We Own The Night’ – all wowing the opening minutes. Conscripting filmic strings, vibrant drums and dreamscape harmonics, they form the gateway to an on-rush of big game/big name studio-ware. Mapping the trance atlas, the tech-ish recoil of Arty’s ‘Believe In Me’, Rank 1’s electro-grinding ‘Floorlifter’ and the hyper-uplift of ‘The Way You Want’ from flying Fins Super 8 & Tab presage lyrical captivation from Betsie Larkin (on Bobina’s ‘No Substitute For You’ and Andy Moor’s ‘Love Again’). As Lange’s skilled hand master-crafts the tone, the pulse rate spikes again as ‘Alchemist’ from Tomas Heredia, Rikkaz’s ‘The Great Migration’ and the sublimely mashed together ‘ResuRection’ and ‘Absolute’ (merging the classic Planet Perfecto Knights track with Craig Connelly’s latest production) shape its climactic minutes.

Naturally, Lange’s Trance Nation comes fully loaded with a wealth of his own exclusive, purpose built production and remix material. In and amongst the trance highways and progressive byways of the mixes are his 2013 rebuild of ‘Follow Me’, as well as club-smash ‘Destination Anywhere’ and the primed-to-be-huge ‘Unfamiliar Truth’. Dutchman Estiva puts a whole new spin on last year’s massive Beatport top 10 hit, the Stine Grove sung ‘Crossroads’, whilst tracks from his Lange Recordings imprint including the likes or Rikkaz and Tangle & Mateusz, keep the floor-strikes coming.