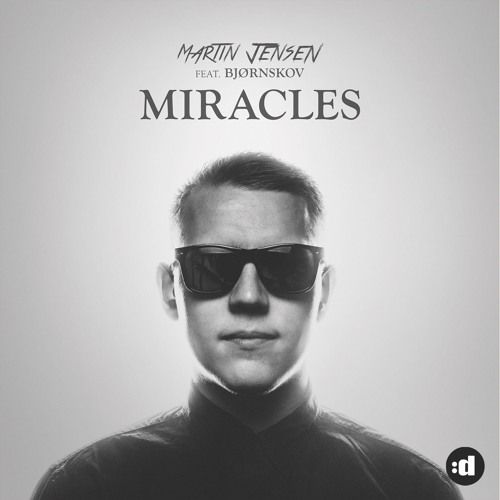 Over the course of this year viral phenomenon and Danish superstar, DJ Martin Jensen has, in cooperation with his Danish label disco:wax, created a social media frenzy with his creative approach to dance music production. Using short sound snippets from YouTube videos, DJ Martin Jensen has successfully created global EDM-hits. The Danish superstar now celebrates hitting 1 million likes on his Facebook page (and a staggering 119 million views on his videos) with the release of ‘Miracles’ Ft. Bjørnskov on Nordic imprint disco:wax.

DJ Martin Jensen has become one of Danish music’s greatest viral success stories, a fact supported by the enormous hype around the release of only his third single ‘Miracles’ ft. Bjørnskov.

‘Miracles’ is an undeniably tropical number with an infectious hook and soulful top line. With its building energy and deft chord progression, ‘Miracles’ proves an instant hit with universal appeal.  The main melody is a sample from the ultra-popular Youtube video ‘Duck Army’, which the Danish DJ recorded and manipulated. Martin then built the framework of the track around the manipulated sample, producing a remarkable end result and demonstrating his extraordinary musical ability.

A teaser video for the single showing how he made the track was uploaded onto Martin’s Facebook page in September. The video, entitled ‘Tropical Duck Army’, has so far been viewed over 22 million times. The catchy hook sparked several unofficial bootlegs on YouTube and created huge hype around the official track and around DJ Martin Jensen himself.

Martin’s debut single, ‘Sí’, which sampled Cristiano Ronaldo’s voice, spread like wildfire earlier this year exceeding over 14 million streams on Spotify. The track flew into the No. 1 spot on Spotify’s ‘Global Viral Top-50,’ surpassing some of the biggest names in dance music as it topped Spotify charts in Denmark, Norway, Sweden, Finland, Spain and Germany. With the release of ‘Miracles’, Martin is set for a blockbusting end to 2015 as he flies upwards through the dance music ranks, with his sights firmly set on the No. 1 spot.