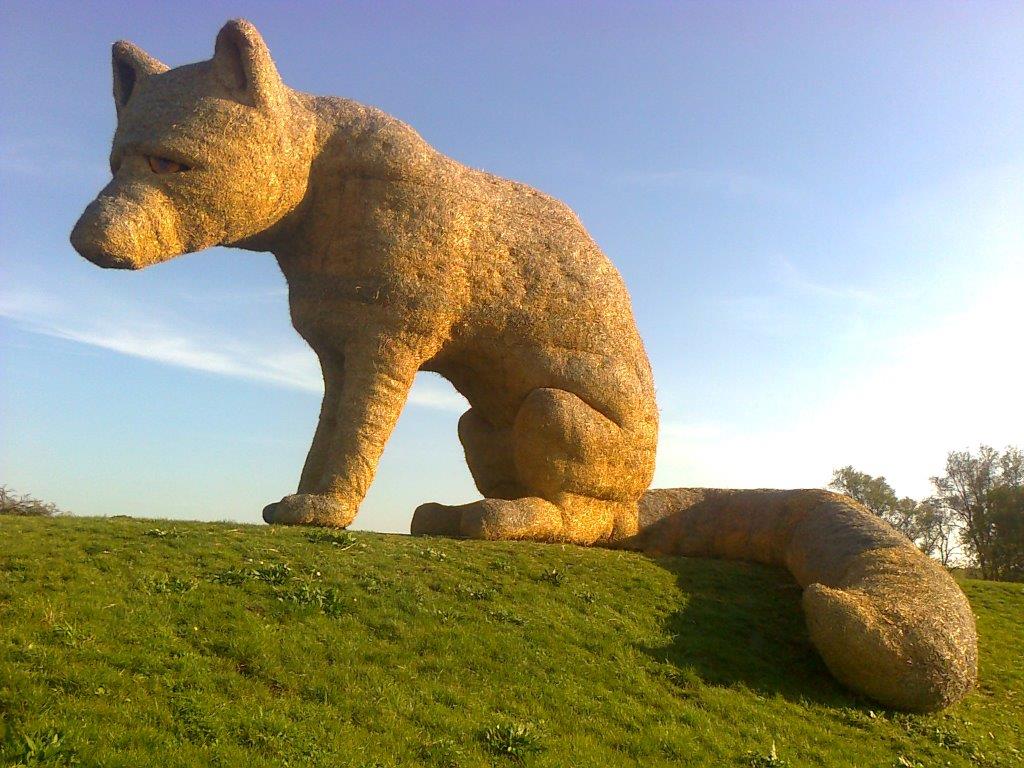 The Secret Garden Party’s iconic Fox sculpture, which has been situated at the festival site near Huntingdon for 5 years, has gone missing overnight.

The 20-foot straw sculpture (created by the Pirate Technics group in 2011) was originally commissioned for the 60th anniversary celebration of the 1951 Festival of Britain, at London’s Southbank Centre where it was on display outside. This ‘urban’ fox was then transported to its permanent country home in 2012 where it has been enjoyed ever since by both festival goers and local walkers alike.

Fred Fellowes, founder and organiser of the Secret Garden Party was alerted by estate staff early this morning at 6am.

He says:  ‘One of our crew called me from his rounds early this morning. At first I was just gobsmacked; I mean how could something so enormous just disappear without anyone noticing anything? We are appealing for witness or any information.

If anyone saw any large vehicles in the area last night or indeed any unusual activity in the area please get in touch. We are extremely fond of this fox and really would like it returned as soon as possible.’