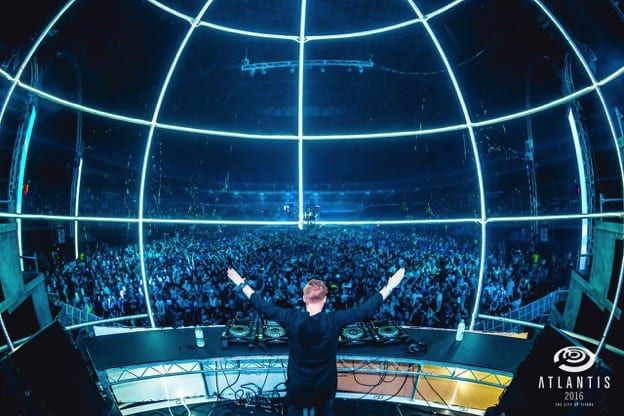 Earlier this month Dutch electronic music pioneer Ferry Corsten brought his beloved trance alias Gouryella back to life for a run of special performances. Starting in Australia with arena shows in Sydney and Melbourne and then jetting to California to headline the Dreamstate stage of Insomniac’s Beyond Wonderland Festival, Gouryella evoked waterfalls of emotions from fans both old and new.

Reactions from the Industry:

“I have no words to describe it!  It was Perfect!” – Janette Bishara, Talent Buyer, Totem Onelove Group Australia

“Ferry Corsten's Gouryella performance is a fresh breath of life that Trance music needed. He proves once again why he is a godfather of the genre.” – Jeff Ryan, Dreamstate, Insomniac

“I’ve never cried through an entire set, but Gouryella tonight I have no words for the beauty. Thank you for that journey!”

“Best set I've ever heard, that intro was spine tingling. A sample of Anahera then bang into Gouryella. Speechless!”

“Easily the best set of the night. I knew it would be good, but Jesus, his production was so clean and crisp. One of the best sets I have seen in years!!”

“Shredding tears of pure happiness to the sound of Gouryella! Simply breathtaking!!!”

Gouryella was best known for the self-titled first release “Gouryella” that featured a remix by Armin van Buuren and became an instant classic scoring various chart positions around the world. After a 13 year hiatus from the project, Ferry revived Gouryella in 2015 with a new track titled “Anahera” (which means ‘Angel’ in Maori) that climbed to the #1 spot on the Beatport Trance Chart, where it held position for over 2 weeks, alongside securing the #10 spot on Beatport’s main chart – demonstrating once more that trance music is every bit alive and kicking.

Fans around the world will have the chance to catch Gouryella live at a handful of forthcoming shows this year, so stay tuned for more touring announcements!

Ferry Corsten Is Available for interviews