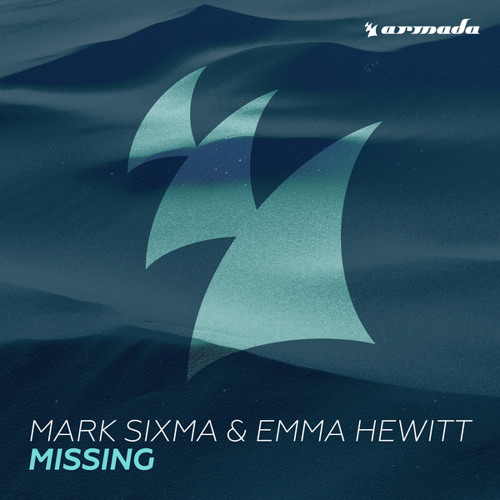 Since Mark Sixma and Emma Hewitt joined forces on Trance anthem ‘Restless Hearts’ nearly two years ago, fans have been longing for another one of their lovely team-ups. Today is that day, as the Dutchman links up with the Australian songstress more to unleash their beautiful Trance-flavored version of Everything But The Girl’s smash single, ‘Missing’.

A brilliant interpretation of the well-known hit song, ‘Missing’ is as enchanting as a song can be. From Mark Sixma’s top-notch production to Emma Hewitt’s haunting vocals, this ‘90s classic is transformed into a flawless Trance gem sure to prove its worth both on the world’s biggest stages and atop the most popular playlists.

Mark Sixma has been on an amazing roll since his debut on W&W’s Mainstage Music (‘Requiem’) became the most-played Trance track of 2013. The Dutch DJ and producer has since collaborated with Trance icons such as Armin van Buuren (‘Panta Rei’) and Andrew Rayel (‘Chased’), toured across the world with his highly-energetic signature sound and relaunched his beloved M6 moniker by way of a brand-new album (‘Elements’). It shows that Mark Sixma has been one of the genre’s flag-bearers for a long time and this team-up with Emma Hewitt is another sterling example of just that.

All it takes is a one-second vocal to know that Emma Hewitt is at it again. Her distinct style and highly-recognizable timbre has been a beacon of hope for Trance fans the world over since seemingly forever and her collaborations with some of Trance’s finest (e.g. Aly & Fila, Andrew Rayel, Armin van Buuren, Cosmic Gate, Dash Berlin, Gareth Emery) have landed her a spot among the most in-demand singer-songwriters both within the Trance genre and beyond. Whatever record Emma Hewitt lays her vocals on, it’s bound to lead to dropped jaws and frantically held breaths.