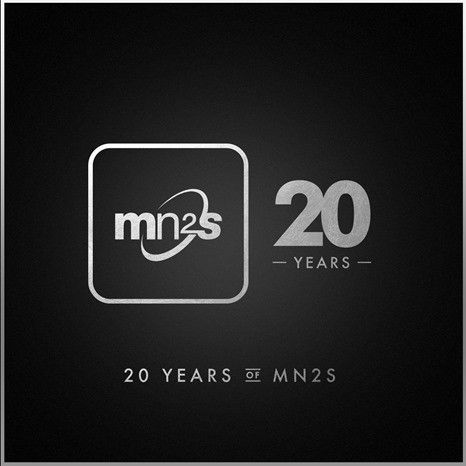 The renowned MN2S – club promoters, international talent agency, global music distributor and label management company – have released a special anniversary album on 24 August to celebrate 20 years at the forefront of dance music culture. The 15 track digital download is just a small showcase from hundreds of releases on labels managed by MN2S over the last 20 years, including MN2S, 1Trax, Hard Times, Hypercolour and Leftroom Records. From seminal 90s classics like Robert Owens I’ll Be Your Friend to artist defining releases, like Maya Jane Coles Get Away, ‘MN2S20 – 20 Years Of MN2S’ is a retrospective album that encapsulates the quality output from MN2S since 1995.

Handpicked by MN2S, this celebratory compilation contains key tracks released on home-grown labels MN2S and 1Trax (MN2S subsidiary label), and on three other reputable labels represented by the MN2S label services over the last 20 years – Hard Times, Hypercolour and Leftroom.

Standouts include Laura Jones Love In Me on Leftroom – a track that launched her career and clocked many weeks at the top of Beatport Deep House chart. On 1Trax, one of Mark Knight’s early releases pre-Toolroom, A New Reality with MTV feat E-Man. And Huxley Let It Go on Hypercolour – a significant moment in Huxley’s career but also for the MN2S label services as one of its biggest selling releases.

For classic house music lovers, this album will not disappoint. It features the hooky Song For Sharma by Soul Central released on MN2S, Jon Cutler Runnin (also on MN2S), Alcatraz Giv Me Luv – a huge inspirational track for the MN2S crew during the early nineties that 20 years later saw another release with a set of remixes on 1Trax. And MN2S’ first ever release The Things We Used To Do produced by MN2S co-founder, David Elkabas and remixed by DJ Disciple.

MN2S kicked started its 20th anniversary celebrations earlier this month by lining up 20 exclusive DJ mixes from 20 top DJs on the MN2S roster, including Roger Sanchez, X-Press 2, Joey Negro, DJ Spen, Barber, Silky, Kayper, Format B, Okain and more. As a thank you to dance music fans everywhere, the #MN2S20 Anniversary mixes are being released throughout August for all to hear – the second wave are now available here.

In addition, to mark 20 years, MN2S have teamed up with music-focused charity Nordoff Robbins to kick-start a month long fund-raising initiative. MN2S staff, artists and music industry contacts are putting their full weight and connections behind the campaign, to raise crucial funds that will help vulnerable people through music therapy. MN2S directors and key staff will visit Nordoff Robbins at the end of the campaign to see how the money raised will be used. To give to the campaign please visit http://bit.ly/NordoffRobbinsMN2S20.

Keep up to date with anniversary news and announcements using #MN2S20