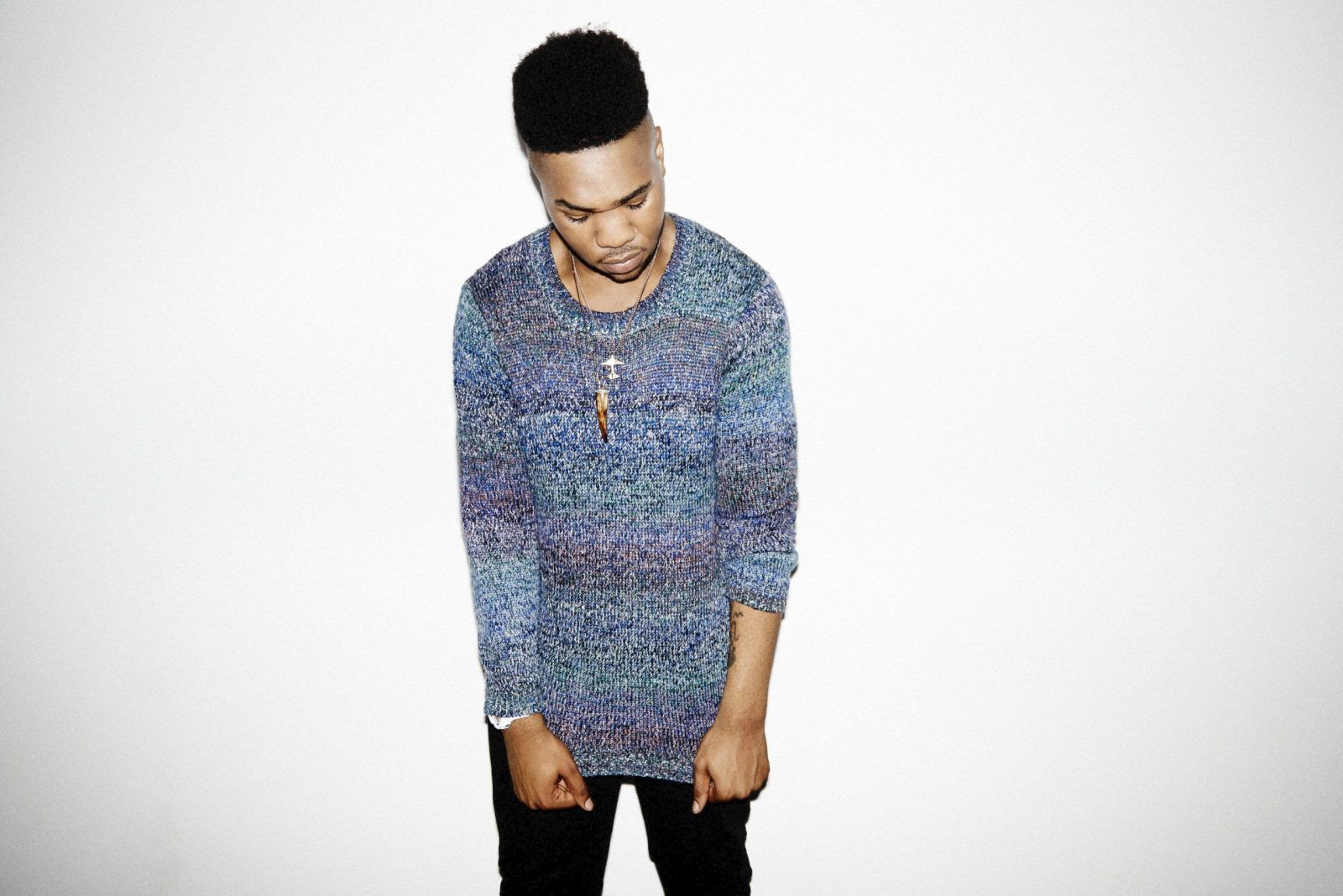 Nineteen year-old South Londoner, MNEK (pronounced Em-en-ee-kay) is fast becoming one of the most significant contributors to British popular culture. A brilliantly innovative and distinctly perceptive intelligent singer, songwriter, producer and remixer MNEK manages to be singularly inimitable yet universally appealing. Featured in the BBC Sound of 2014 list and with an undeniable ability to create a killer hook, MNEK emanates an effortless sense of credibility into each and every note. “Imagine Luther Vandross if he lived in Shoreditch today” is his inspired choice of musical metaphor.

At 6’4 and a penchant for kufi hats and a high-top fade, the Catford teenager’s visual presence is as potently powerful as his brilliantly innovative sound. “I do look quite intimidating, but it’s not the case at all,” he laughs. “I’m built like a basketball player, but inside I’m a puny nerd who just wants to sing songs and make beats.”

Whether inhabiting the worlds of house, dance, R&B or soul MNEK’s prodigious talent and popularity is growing exponentially. As a singer and songwriter, he recently scored a No.3 smash with Gorgon City’s hugely acclaimed ‘Ready For Your Love’. As a songwriter, he boasts a Grammynomination and a No.1 single for Duke Dumont’s ‘Need U (100%)’. As a producer, writer and remixer, his credits include Rudimental, Sub Focus, Tinie Tempah and Bastille as well as working with Disclosure, Diplo and Clean Bandit for their future projects. Now MNEK’s blend of sultry, soulful vocals and bold soundscapes inspired by the best of 80’s and 90’s classics is set to make him a much-deserved solo star as he readies his debut single ‘Every Little Word’; a sonic reflection of his debut album and a taster of what’s to come.

“It’s about when you’re with someone and everything they say makes you feel amazing, so you want to be with them all the time. They are your source of hope.” A tremulous thumper with mutating modulations, thrilling tempo shifts and a huge, fat, bassline, “It embodies what I am about,” he says of the track.

Possessing a rich vocal that ranges from baritone to falsetto, MNEK’s visual and creative approach is undeniably unique. Having produced hits since he was 14 and recognised by his peers as an accomplished writer and producer, now ‘Every Little Word’ is here to define the type of innovative, interesting solo artist MNEK intends to be.

“I know I want to make a statement. I just want to change the world, one song at a time.”