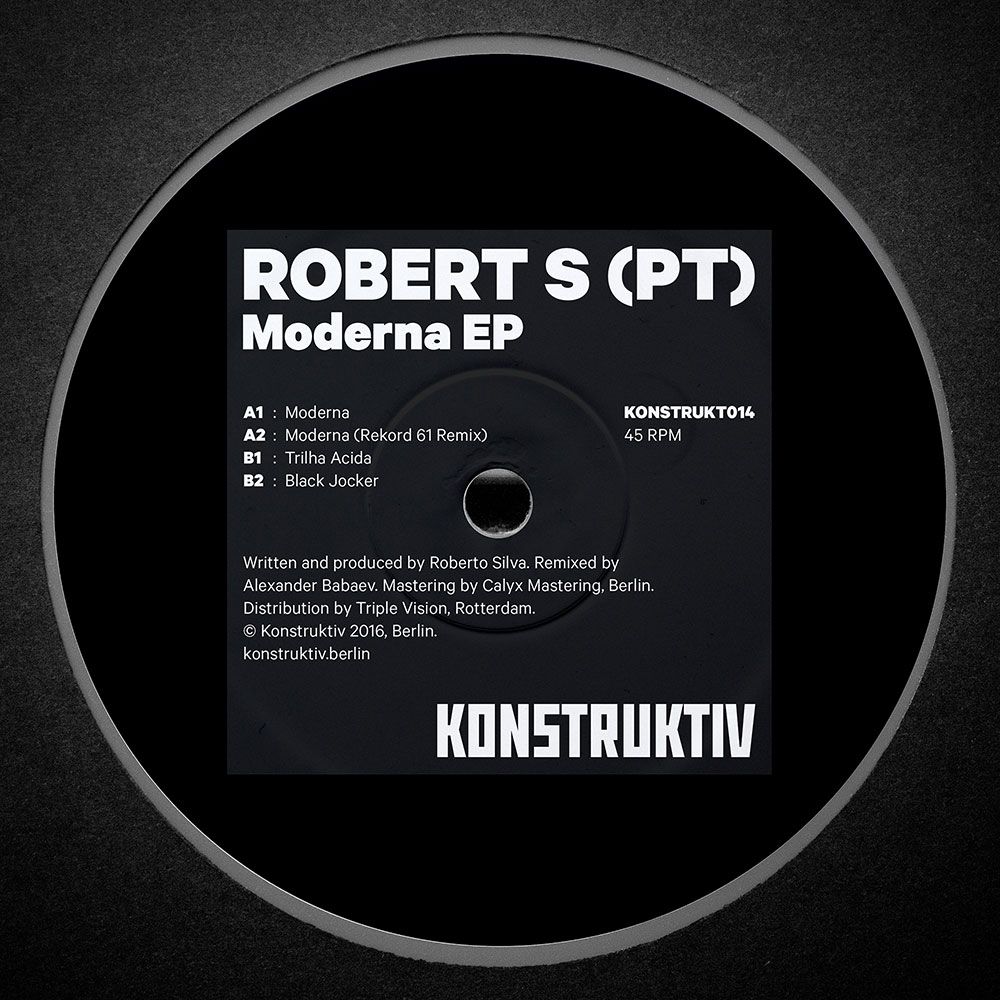 The Portuguese producer follows up on a string of EPs released on the likes of Sleaze, Arts, Planet Rhythm and his own Robert Limited imprint. His newest offering sees him aim straight at peak time with 4 shots of staunch techno.

On the A side, driving title-track Moderna locks grooves with a foggy remix, courtesy of Konstruktiv boss Rekord 61. On the flip, the mood takes a darker turn with the meticulously crafted acid line of Trilha Acida and the harrowing grey-scale techno of Black Jocker. Hard-hitting Detroit influences, rolling funk and speaker-bursting acid rub shoulders across all four tracks of Moderna, showing a bleak contrast to the mellow Portuguese setting that saw the EPs inception.

Moderna is released exclusively on vinyl on February 2nd 2016. Track snippets are ready to share below.