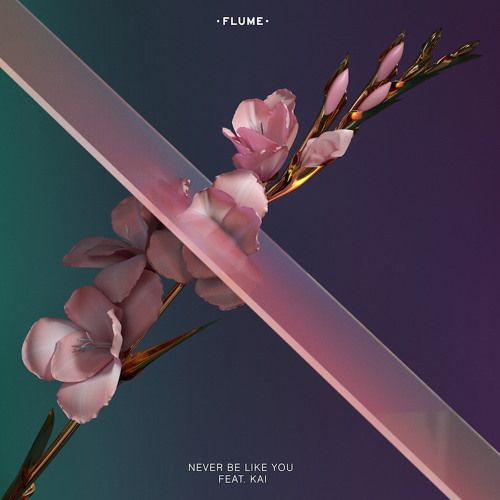 Leading Australian producer Flume has shared ‘Never Be Like You feat. Kai’, the first single from his forthcoming second LP Skin, coming out via Transgressive Records.

Premiering as ‘Hottest Record In The World’ by Annie Mac at BBC’s Radio 1, and since receiving the nod of approval from the likes of Pitchfork, SPIN, Mixmag, DIY and hitting #1 immediately on Hype Machine's Most Popular Chart, the track is a collaborative effort with Canadian vocalist Kai – a rising artist in her own right having written for Jessie J, Rihanna and Janelle Monae as well as featuring on tracks by Diplo, Jack U and Childish Gambino.

Flume said of the writing process:

Kai and I were sending ideas back and forth online, then met up in NYC and went into the studio. We laid down some chords and started an idea but weren’t feeling inspired. So we went out into the night for a few hours and when we returned, it all started to come together.

Kai said of the track:

The song comes from an extremely personal place. It’s about a moment in my own life when everything was going really well and my inner saboteur tried to do what she does best. At the end of the day we are all human and flawed and I felt like I needed to be as real and as candid as possible. I am absolutely in love with this song

Already being touted as one of the most anticipated releases of 2016, Flume (a.k.a Harley Streten) shared a taster of Skin via social media at the beginning of the year. The album will be his second full-length release, and a follow up to 2012’s ARIA award-winning, globally acclaimed debut. Stay tuned for release details.

The news of the album is a timely accompaniment to Flume’s upcoming first shows of 2016 at St Jerome’s Laneway Festival, returning for the first time since headlining back in 2013, as well as the announcement of his appearance at Coachella 2016. Flume will also be heading to Europe for a run of three dates in March, details below.