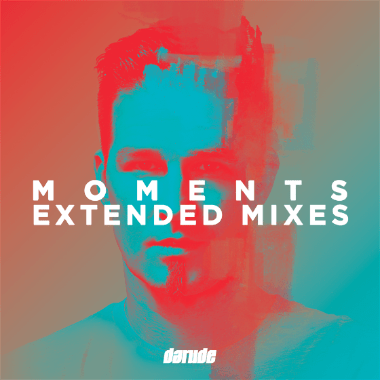 August 2015 saw Finland’s famed electronic music producer/DJ Darude release his fourth studio album with the multi-genre epic Moments. Igniting an exciting new chapter of an artist whose career spans two decades, the album showcased Darude’s rooted understanding of the audience he creates his music for and his ability to satisfy a wide range of tastes and styles. Now, with the summer season nearly upon, the Finnish maestro unveils a special extended mixes version of the Moments album.

Introducing new remixes of four tracks from the album, as well as extended mixes of some of the album’s key tracks to complete the package, this special new album release gives fans an opportunity to relive some of the tracks from Moments under new direction. Featuring new cuts from the likes of Fellow Finnish artist Bluebear Project who give 'Beautiful Alien' a beautiful trance re-work, Lope & Kantola who together with Darude throw down a rambunctious big room musical remedy with their version of ‘Coming Home’. In addition to Darude's new Trance and Pop mixes of the title track 'Moments' the album includes a remix from Australian/Sri Lankan pair Shokstix who deliver their own familiar flavour over the instantly memorable vocals of Sebastian Reyman on ‘Moments’, as well as several extended, club and original mixes from several of the album’s notable tracks to complete the package.

Always thinking about the dancefloor and the fellow DJ's, Darude has teamed up with Native Instruments to offer DJs the chance to get their hands on the STEMS versions of the Moments album tracks. Want an instant instrumental version of a track? Want to change drums from 4/4 house to breakbeat on the fly? Check out Darude's STEMS from May 9th on Beatport, Traxsource and Juno. Additionally you can check out www.stems-music.com for more info on STEMS format.

On the road Darude took Moments on tour with a selection of shows which kick started at New York City’s Cielo and concluded with a special appearance at the official TwitchCon after-party at 7000 capacity Bill Graham Civic Auditorium in San Francisco, alongside deadmau5, as well as a headline slot at the LA edition of the legendary ocean spectacular that is Groove Cruise.

More than just collection of great tracks, Moments encapsulates the work of an artist who has the vision and ability to ensure his music continues to stay relevant, yet whilst distinguishing himself with a sound that is entirely his own. With a strong affection firmly directed on his ever loyal and expanding fan base of music fans, Darude’s desire to do things his own way and constantly push the expectations of his fans and himself, is what continues to ensure his music stays not only relevant but true.