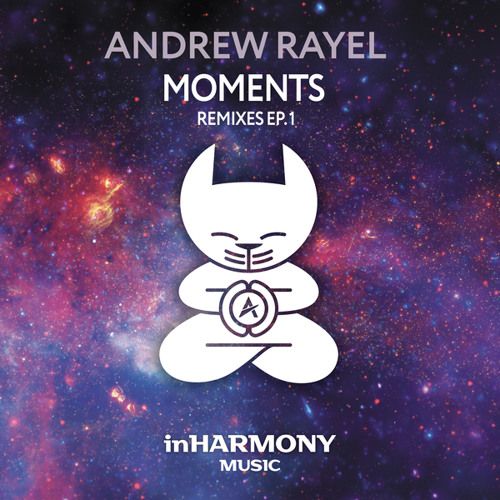 Sizzling. Decisive. All-encompassing. The music of Andrew Rayel has the power to ignite a fire within the hearts of trance music-lovers. As the newly minted label chief and head of A&R of inHarmony Music, Rayel is now able to find and showcase fresh new talent before now little known to the world. The MOMENTS REMIXES E.P. (inHarmony Music) is out now.

Like a gust of blustery wintry wind, the MOMENTS REMIXES E.P. is like an unstoppable force of nature, impossible to ignore. Spencer Brown’s Hypnotic Extended Mix of “Moments” is quirky, thoughtful and perfectly balanced with its staccato stabs and gradually building suspense. Unexpected chord changes add a bright twist to this Andrew Rayel tune. Spencer Brown’s Hypnotic Mix is smoother, gentler in its melodic immersion yet still showcasing captivating chord progressions. The Crystal Lake Remix of “Heavy Love” casts an entirely new light on this otherwise radio-friendly tune by ratcheting-up the sonic tension of the song. The dramatic accompaniment of violins throws Kye Sones’ vocal into stark relief. Her voice is transformed to fit this mainfloor monster as it bursts forth through the loudspeakers. The Crystal Lake Extended Remix has a brutally sharp, percussive intro that delves deep with rich violin strings into a mysterious sea where Sones’ golden voice is the only lifeline.

The Manse Extended Remix of “Home” teases Jonathan Mendelsohn’s vocal towards the beginning of the track before doubling back to start the verse anew. A syncopated, finger-snapped rhythm keeps time with Mendelsohn as he dances deftly through this anthemic song. The Manse Remix adds the crackle of a vinyl record as Mendelsohn’s vocal hits immediately at the outset. The quieter moments of the Manse edits truly allow the subtle control of Mendelsohn’s voice to shine. The Exis Remix is a thudding, progressive take on “Once In A Lifetime Love” with pockets of dreamy synths enveloping Kristina Antuna’s vocal over filthy, synthesized horns ready to stir-up a night of mischief. The Exis Extended Remix is dynamic, geometric and angular in the precision of its sounds.