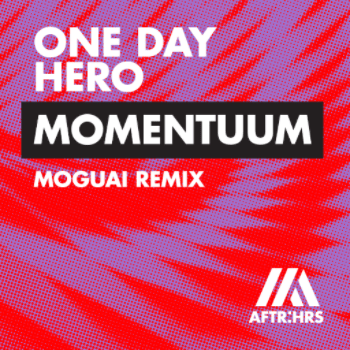 MOGUAI’s version of ‘Momentuum’ is armed with menacing synths and a stomping bassline, bounded by a smooth male vocal. The German producer takes the progressive house sound his One Day Hero moniker is known for and creates a striking reimagining as MOGUAI.

Under his One Day Hero side project, the German producer released ‘One Day Hero’ feat. Lions Head (MOGUAI Remix) this summer, which received over 2 million YouTube plays and counting.

Platinum-selling artist André Tegeler otherwise known as MOGUAI, has made an impact in all corners of the dance music genre. With a musical career spanning almost 20 years, his sound marries elements of all styles of electronic music. MOGUAI released his single ‘Pray For Rain’ – which he named his personal masterpiece. Away from the studio, MOGUAI has played several prominent clubs and festivals including Tomorrowland, Electric Daisy Carnival and Pacha amongst many others.