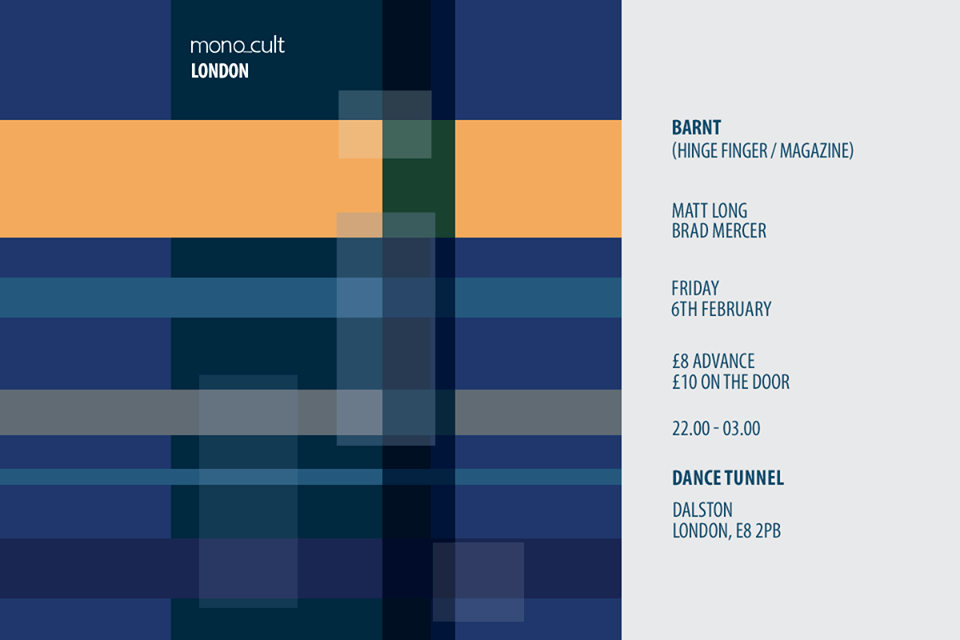 For mono_cult’s first London party in 2015, they welcome Barnt to Dance Tunnel on the 6th February.

It’s safe to say Barnt has had a pretty great end of 2014 – the last couple of months have seen him release both one of the biggest singles of the year on Joy Orbison’s Hinge Finger imprint, and his highly anticipated debut LP on his own Magazine label.

Support on the night will come from mono_cult residents Matt Long and Brad Mercer.