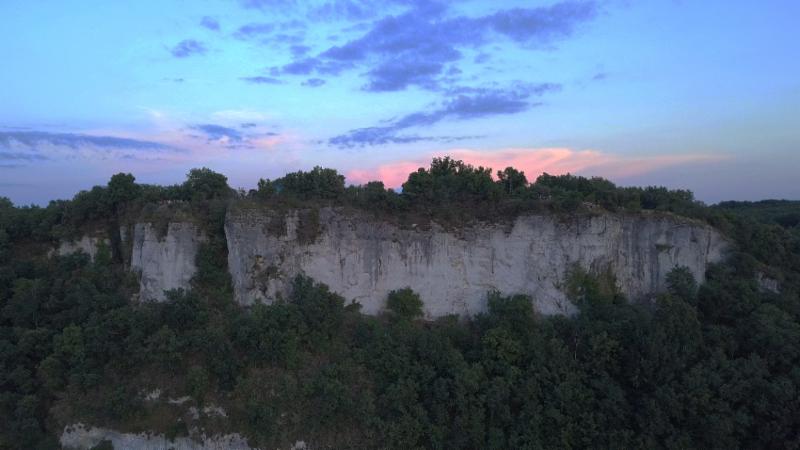 In just over a month, Monticule Festival will open the doors to its hilltop paradise to 1500 guests from all around the world. From June 19th – 23rd, Monticule celebrates its 5th birthday, having grown from a humble party with a few hundred friends, Funktion One stacks and a couple of select headliners to one of Europe’s best boutique festivals, or a “summer camp with benefits” as festival curator Eric Schönemeir best puts it.

Monticule is a family affair and many of its crew and artists have been involved since day one. In this family spirit, Monticule will hand over a number of extended slots to close friends to showcase what they are all about.

GILB’R, founder of legendary VERSATILE RECORDS, joined the Monticule family in 2016. Since then he’s paid a visit to the hill every year. On this special occasion, GILB’R has invited a fantastic four of his dearest friends for a legendary main stage closing. I:CUBE live, RABIH BEAINI aka MORPHOSIS, TAKO and GILB’R himself.

Monticule pioneers will never forget the moment when MARCO & DARIO ZENKER played the closing set during sunrise at Monticule 2015. Since these very first steps, the founders of ILIAN TAPE have been an integral part of the Monticule family. This year they bring one of their label’s staple artists STENNY and UK legend BLAWAN to the main stage, and will show once again who holds the sceptre of style on the hill.

To support this extended lineup, a new stage named Atelier, located in a former workshop has been revealed and two final artists come to complete the final lineup: La Staab from Munich’s much-loved Blitz Music Club & Berlin via Munich transplant and aficionada of all things hardcore Clara Cuvé.

Monticule is held in the regional natural parc of Causses du Quercy, a very quiet area famous for its beautiful villages, its nature as well as for being one of the darkest areas in Europe due to an almost total absence of light pollution, making for sublime night skies and star gazing opportunities.

As integral as music is to Monticule, there are many more components that make a great festival. Guests at this year’s edition will be able to experience a wide array of workshops and extra curricular activities. A new retreat area will open at the natural spring of the Gouffre du Lantouy, an 80 meter deep natural spring just 10 minutes walk from the main festival site and a perfect complement to the festival site’s beautiful swimming pool. Guests will be able to experience an extensive programme of yoga and meditation provided by Filipa Veiga and Silvia Stojanovic from Portugal Spirits Festival as well as for the first time, Cacao Ceremonies, a popular ritual in yoga communities.

At the campsite and on the festival site, attendees will find offers for cave visits, horse and donkey rides to the gouffre du Lantouy, astronomy workshops, basketball courts, the inescapable tradition of pétanque and pastis, e-bike rental service and an all new balloon ride over the festival site! A number of local and regional food options are on offer across the festival – if you’ve been to this part of France before you’ll know what to expect but if not be prepared for a non stop feast of typical delicacies catering both to vegetarians and non-vegetarians. A hidden champagne bar with panoramic views over the valley is also waiting to be discovered.

The closest town is the picturesque village of Cajarc where you will find several small cafés, two top brasseries with traditional regional food, a Saturday-market with regional specialities and a supermarket with everything you need for camping life.

A final tier of 3 day and 5 days passes is available from the Monticule website. Shuttle busesfrom Toulouse airport and other extras can also be booked directly through the festival site.