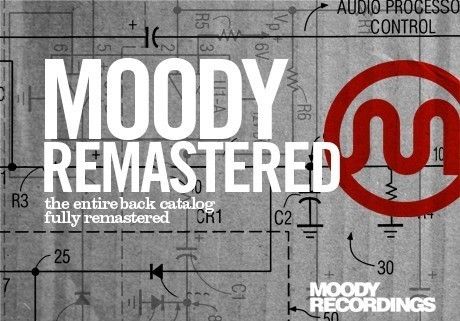 From 1996 through 2005, Moody Recordings regularly released tracks from some of the most influential players in house music. Hailing from Chicago, Moody became known by DJs as the go-to label for the purest of house sounds. After taking a few years off, the Moody team is reuniting and ready to resume releasing only the highest quality house music.

Moody’s original founder and Chicago based DJ Bad Boy Bill shares, “Moody has always had a good vibe about it… Its roots are based in Chicago house. The music tends to be a deeper, funkier, soulful sound, and that is refreshing against a backdrop of EDM madness. It’s a good time to bring that sound back.”

The label re-launch has brought together a talented group of music professionals hand picked by Beatport co-founder and former CEO Jonas Tempel. Moody will be managed by former Toolroom Records maestro Owen Ingram who says, “It’s an exciting time for this to happen and we have an amazing team and tons of support from artists and DJs eager for the return of the Moody sound.” Owen will be working alongside Moody’s label manager Tom Havens (aka Sir Thomas) who previously worked with Beatport. Rounding out the team is multi platinum producer Vincent DiPasquale who has found his future home on the label. Additional A/R duties will be lead by the formidable underground duo Hipp-E and Halo better known as H Foundation who will be bringing their style of deep techy tracks into the mix.

Mark Knight said of the re-launch “The pedigree of Moody is unquestionable, in fact it is a corner stone in dance music history. The power house returns backed by some of the industries biggest players, so lookout for some amazing new music!”

Kaskade goes on to say, “I’m so stoked to see Moody be brought back to life! This label put out so much incredible music back in the day, I can only imagine what they have in store for us now. A label that created trends and set the foundation for the current explosion in dance music brought back to lead the pack again. I couldn’t be more excited about the news of this re-launch!”

Nic Fanciulli said. Moody was one of my favourite labels when i first got into house music!!! Looking forward to see what the next era brings.

Classic Moody releases – newly Re-Mastered for 2013 – from such artists as Halo and Hipp-e, CZR, DJ Rhythm, Mojolators, Stacy Kidd, Jordan Fields and the seminal classic “Get Get Down” by Paul Johnson are set to hit stores from August 25. The first new single release will come from Richard Grey entitled “Broadway” and is staged to land soon after… All this followed up by some great new releases and classic Moody remixes from todays heavyweight producers.