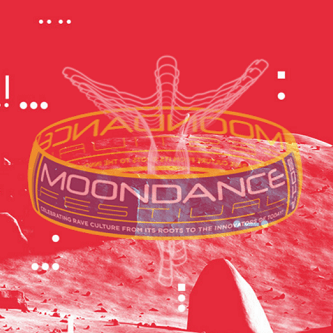 “London’s Biggest Celebration of Rave Culture” is expected to attract over 10,000 ravers – from teenagers to those who were in their teens when Moondance first began -to the all-day festival. Promoter Funki launched the festival back in 1995, aiming to “recreate the original unprejudiced, loved-up vibe of the original acid house and rave days”. According to Funki, “Moondance is and always has been about bringing together different styles of dance music, and a diverse crowd of the most up-for-it bunch of party-people around.” The wide variety of acts and musical tastes helps Moondance uniquely continue to showcase rave culture from its roots to the innovators of today.

This iconic and evolving brand is excited to bring revellers to this year’s new gorgeous location, Trent Park in North London, a short walk away from Cockfosters tube station. The beautiful green surroundings are set to give the festival a special feel and a taste of the countryside. The park lies in 413 acres of rolling meadows, enchanting brooks, exquisite lakes, ancient woodland, and imposing historical sites. The former Royal Hunting Grounds form part of London's Green Belt and provides a refreshing, rural atmosphere right on the outskirts of London on the borders of Enfield.

In addition to the incredible music selection and new location, the festival will also host fully licensed bars on site and a selection of street food concessions catering to a variety of tastes. At last year’s Moondance, attendees enjoyed the extra popular Caribbean food. Festival goers can expect a new exciting selection of food to rival the incredibly diverse array of music.