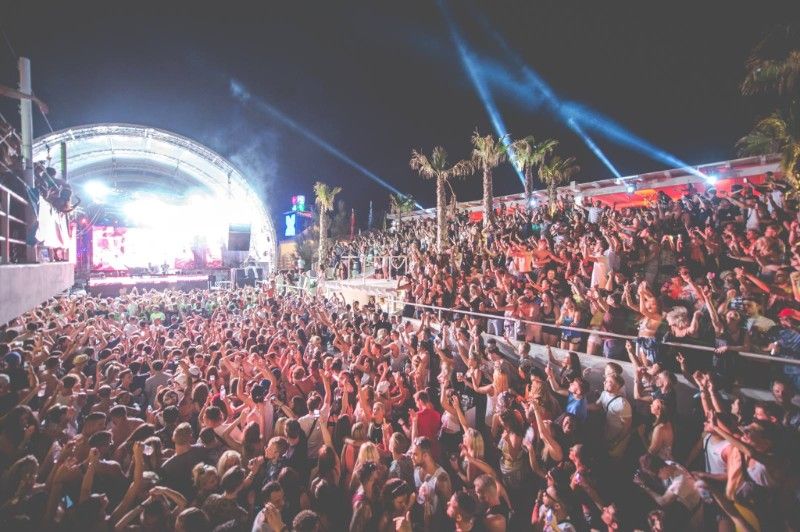 Hideout Festival have unveiled the second wave of artists to play on the stunning destination of Zrce Beach for the 2017 event. Eats Everything, DJ Koze, Gerd Janson, Leon Vynehall, Shy FX, Steve Lawler, AJ Tracey, CamelPhat, Cuartero, DJ Haus, Gotsome, Hector Couto, Illyus & Barrientos, Joey Daniel, Klose One and Robag Wruhme are all now confirmed, joining Hideout Festival's most diverse line up yet. Firmly cemented as the leading electronic music festival in Europe, the six open air stages will once again play host to the best in electronic music.Tickets start at just £139 but can be reserved with just an £80 deposit via the Hideout Festival website.

If anyone has seen a rise to legendary status over the last few years it's Edible boss, Eats Everything. From playing in his local chippy to smashing main stages all over the world, releasing a slew of club anthems and starting his own label, the Bristolian has been one of the busiest DJs in the game and his adoration is well deserved!

One of the most respected producers, remixers and DJs of all time, DJ Koze will be bringing his own inimitable brand of electronica to the Hideout crowds. Also, DnB maestro Shy FX makes a welcome return and grime golden boy AJ Tracey is joining the line up to fly the flag for the British urban scene.

With Croatia now a globally recognised destination for dance music, Hideout Festival is at the forefront of the scene. With six incredible years of stand out line-ups spanning the whole spectrum of electronic music, Hideout has become one of the definitive european dance music events in the calendar. An experience for music lovers and adventure seekers alike, Hideout Festival is set to provide yet another ultimate summertime experience for retuning fans and newcomers.

Hideout Festival is a short distance from the town of Novalja, a part of the world that remains unspoilt, accompanied by Croatian charm, idyllic beaches and the Adriatic Sea.