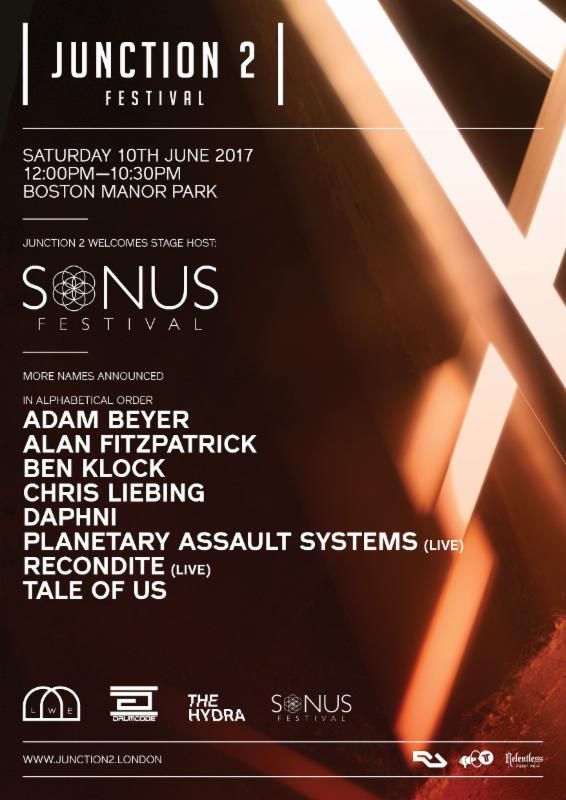 Having recently announced two new stages for Junction 2 Festival 2017, organisers are excited to welcome Sonus Festival to the UK for the first time ever, hosting the new Main Stage at the sophomore event, taking place at Boston Manor Park on Saturday 10th June.

From the organisers of TIME WARP, who have achieved international acclaim for outstanding sound and production, Sonus Festival is a serious contender for the most impressive event in Croatia's extensive festival calendar.

As their first appearance on UK soil, with the TIME WARP organisers are set to bring a different slant to Junction 2, whilst complementing the same ethos of high-end production and world-class talent.

2017 will also mark five years of Sonus Festival, where Junction 2 will be hosting a stage at the land-mark event at Pag Island Croatia on the 20th – 24th August 2017.

Details of a fifth stage dedicated to supporting new talent will be revealed along with the full lineup in early 2017.