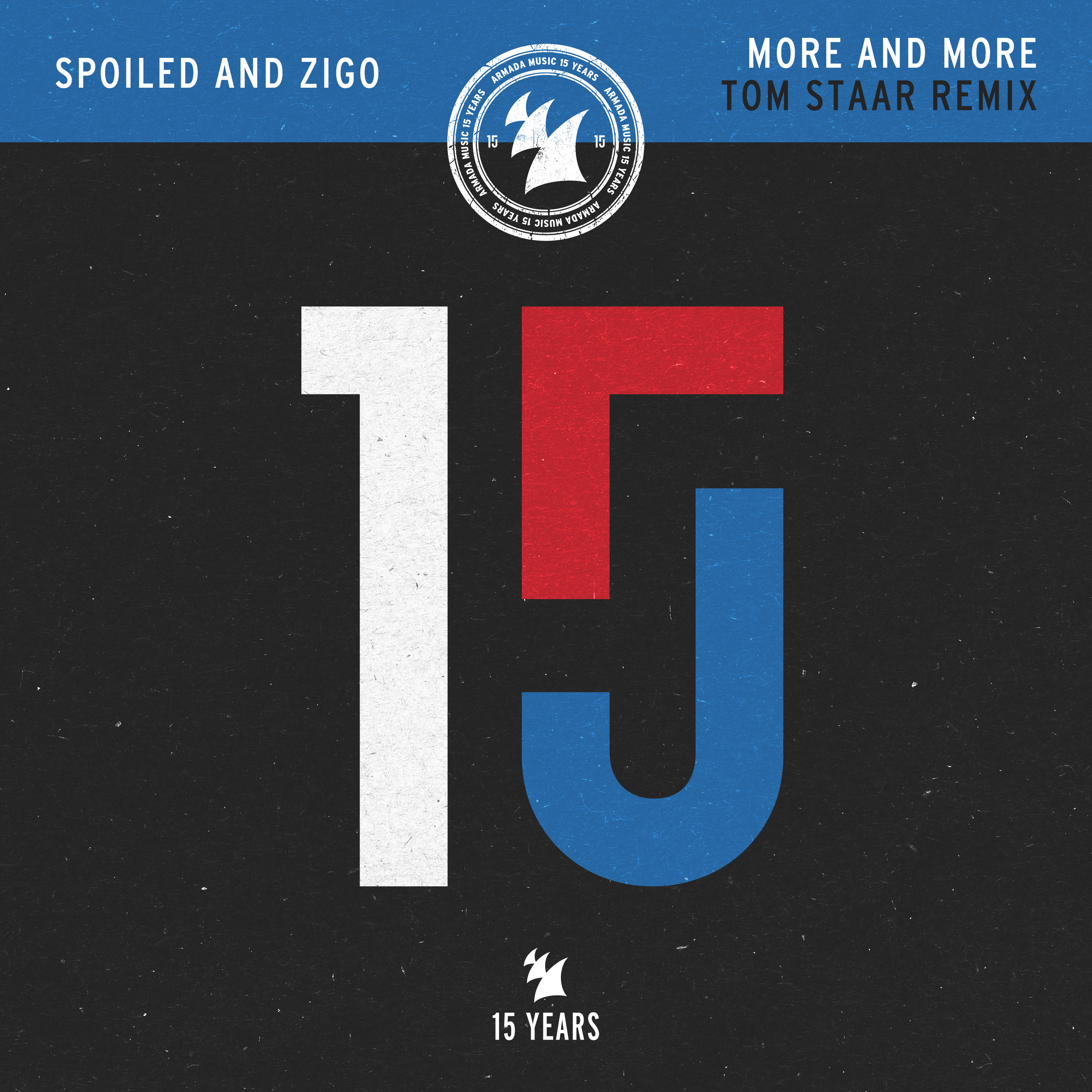 It’s no mean feat to be around for 15 years in the current, ever-changing dance music climate, let alone to become the biggest independent dance music label in the world. As faith would have it, Amsterdam-based label Armada Music will hit that milestone in June this year and they don’t intend to let the moment go by unnoticed. To celebrate their 15-year anniversary and all of their musical highlights to date, the label decided to turn the entire year into one big anniversary celebration, starting with the release of Tom Staar’s remix of Spoiled and Zigo’s evergreen classic: ‘More and More’.

Founded by Armin van Buuren, Maykel Piron and David Lewis on June 1st, 2003, Armada Music has been a trailblazing imprint since its inception fifteen years back. Throughout the years, the label managed to spread to almost every corner of the electronic music spectrum, signing records and labels across a plethora of genres from highly acclaimed artists such as Afrojack, Andrew Rayel, Armin van Buuren, Dash Berlin, Erick Morillo, Fedde Le Grand, Gareth Emery, Julian Jordan, Kevin Saunderson, Lost Frequencies, Morgan Page and W&W. Now widely considered the biggest independent dance music label in the world, Armada Music is gearing up to show the world that it’s ready to remain in the industry’s top flight for at least another decade and a half. And what better way to clinch the deal than by going completely all out with the year-round anniversary celebrations.

Throughout the year of 2018, Armada Music will dig up some of the most-loved classics and turn them into present-day goodness through brand-new versions (e.g. Tom Staar’s remix of Spoiled and Zigo’s ‘More  and More’), set up special contests and competitions, host a special edition of ‘Armada Invites’ and spice up the year with lots of other projects as well. For more information, please watch Armada Music’s channels to catch the announcements of the specific anniversary celebrations.

With his take on Spoiled and Zigo’s 2000 classic, U.K. super producer Tom Staar proves again that his rise to dance music stardom cannot be attributed to sheer luck. The Ibiza-based DJ and producer has been leading the new wave of big room House producers with his stage-wrecking signature sound and operates on the forefront of the industry as a top-flight composer and sought-after remixer, having put his hand to tracks from the likes of Axwell Λ Ingrosso, Armin van Buuren and Above & Beyond. This brand-new remix shows that he’s not slowing down in the slightest and makes for one hell of a release for Armada Music to spark the year-round celebrations with.