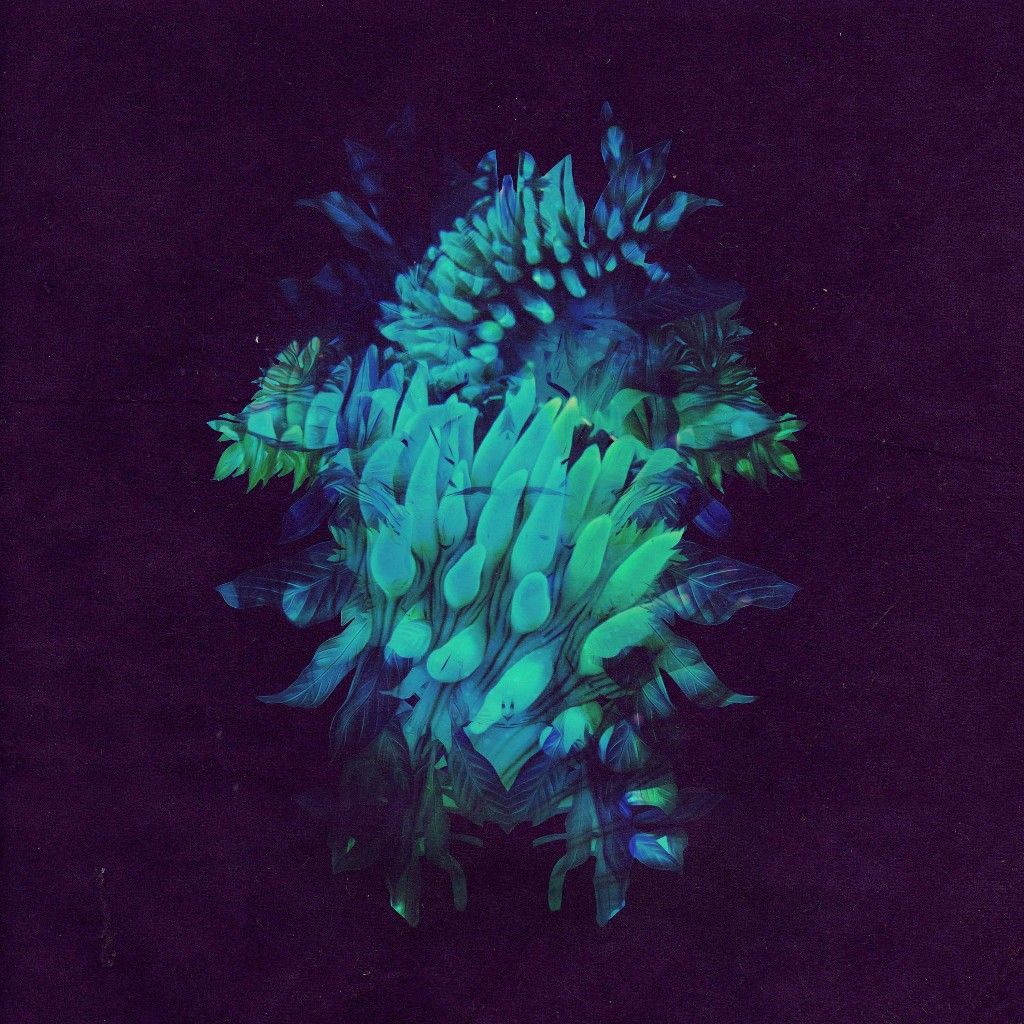 Ahead of his upcoming trio of UK dates, including his rescheduled show at London’s KOKO, French producer Fakear has announced his highly-anticipated LP with the release of first single ‘Lost In Time’.

A summery, melodic production ‘Lost In Time’ is the result of a meeting between Fakear, singer Noraa, DJ duo Polo & Pan and Clément Bazin. With uplifting lyrics and layers of intricate percussion, it’s a taste of what to expect from the new album. Speaking about the collaboration, Fakear said; "It’s funny to think how much this track changed after Polo & Pan added their footprints on it. It reminds me a kind of futuristic childish time travel. I think it’s one of my most colourful tracks."

"To me, the track symbolises the perfect harmony between melancholy and joy,”  says Noraa. “To be "lost in time" means to feel no obligations and to only go with the flow.”

In the last five years, Fakear has become a leader of France’s electronic music scene. In those years, tracks like ‘La Lune Rousse’, ‘Kids’ or ‘Morning In Japan’ have racked up millions of streams and helped to build Fakear an ever diversifying fan base. His debut album, 2016’s Animal, was certified gold. That half-decade period has seen him tour around the world, from the United States to Australia, New Zealand, and Europe, which has helped Fakear further establish his reputation as the international flagbearer for France’s new wave of young electronic talents – he even produced a track for M.I.A. on her 2016 album AIM, and has supported Bonobo and label mates ODESZA on their respective tours. ‘Lost In Time’ is the first taste of a fresh new chapter in this exciting young artist’s career. 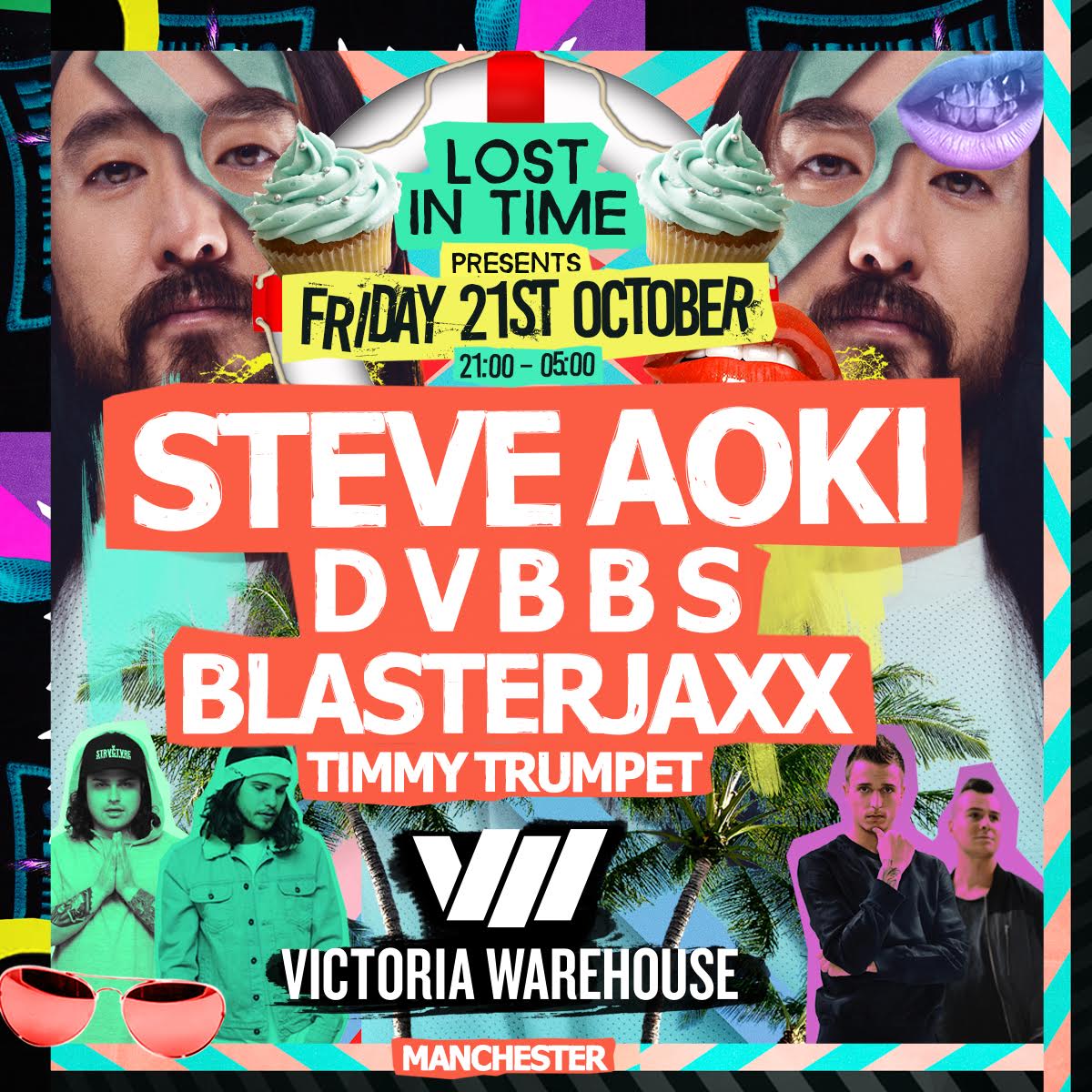 After a HUGE sell out show back in April 2014, we are pleased to announce the return of one of America’s biggest touring artists; Steve Aoki on Friday 21st October at Manchester’s Victoria Warehouse.

The man behind DIM MAK Records has been credited with launching the careers of some of the most influential acts of the last decade including Bloc Party, The Kills, Klaxons and MSTRKRFT. His own success through remix and production has seen him work with the likes of Tiësto, Laidback Luke, Kanye West and Lenny Kravitz to name a few and has catapulted him into one of the world’s most in-demand artists.

Steve’s acrobatic crowd surfing stunts, cake throwing and general dancefloor debauchery has made him renowned as one of the most energetic and entertaining dance artists on the circuit and we can no doubt expect the same fun and frolics and huge stage production at his forthcoming UK date in October creating what is set to be one of this year’s unmissable shows.

Joining Steve Aoki, we welcome Chart-topping, dance music superstars DVBBS, where clubbers will get the chance to enjoy a trademark, high energy performance from the young Canadian brothers, as they show exactly why they have become a global, dance music phenomenon in just 3 short years.

Also lining up at Victoria Warehouse, we present Blasterjaxx. The Dutch duo who are a firm favourite of the Victoria Warehouse crowd are as popular as ever, hitting #19 in the DJ Mag Top 100, launching Maxximize Records and releasing on Spinnin’, while still DJing everywhere from New York to Switzerland.

And lastly but in no means least we welcome Timmy Trumpet for his Victoria Warehouse debut. As a pillar of the holy trinity atop the global sensation that is Melbourne Bounce, it’s been less than a decade, that Timmy Trumpet has successfully transgressed from the international stage as an acclaimed Jazz musician to the realm of global dance music. Timmy’s club productions have reigned supreme with his Beatport #1 New World Sound collaboration ‘The Buzz’ plus a string of successes with labels like Dutch powerhouse Spinnin’ Records, proving he is a force to be reckoned with and the world is certainly watching.

Tickets are expected to sell out so we recommend you purchase advance tickets as soon as possible here: http://bit.ly/SteveAokiLIT