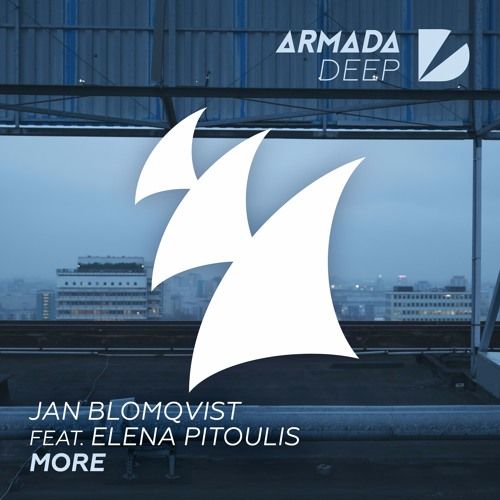 Jan Blomqvist has given his fans quite the treat today. The Berlin-based solo-artist and bandleader has been working long and hard on his forthcoming album ‘Remote Control’, and today, ‘More’ feat. Elena Pitoulis has been released as the album’s first single on Armada Deep. The full album will be released on February 26th on Amsterdam-based record label Armada Music and is available on iTunes pre-order as of today.

‘Remote Control’ is the end result of over two years of studio work and comprises no less than twelve pieces of art. The album is very likely to play a major part in Jan Blomqvist’s forthcoming tour, in which he is to be joined by band mates Christian Dammann (drums), Felix Lehman (piano), and Ryan Mathiesen (lyrics). Unlike many of his colleagues, Jan Blomqvist himself provides the vocals during the live shows and on the songs he churns out, next to an exhaustive collection of electronic elements that only add to the unique properties of his sound.

Jan Blomqvist is no stranger to Electronic Music, having played over 300 shows in the past three years. His career took off 2011 when he wowed a crowd of at least 3000 strong at Fusion Festival. Since, Jan Blomqvist has made a name for himself through his cutting-edge productions, stand-out live shows, and magical rooftop sessions.

Jan: "The Lyrics of my new track „More" are about the weird fact that we always want more and that we will never be satisfied with our beautiful lives as long as commercials, media, society or even stupid friends or anybody keep on telling us what we still need to get or become to be really happy. And because we can never win this endless game, we eat fake happiness and poison everyday instead. So for the music video of this track i really liked the idea to work with a professional ballet dancer because these guys are maybe the ones who suffer most from perfection which you can never reach. Also i really like contrasts so i thought ok lets try to combine ballet with electronic music".