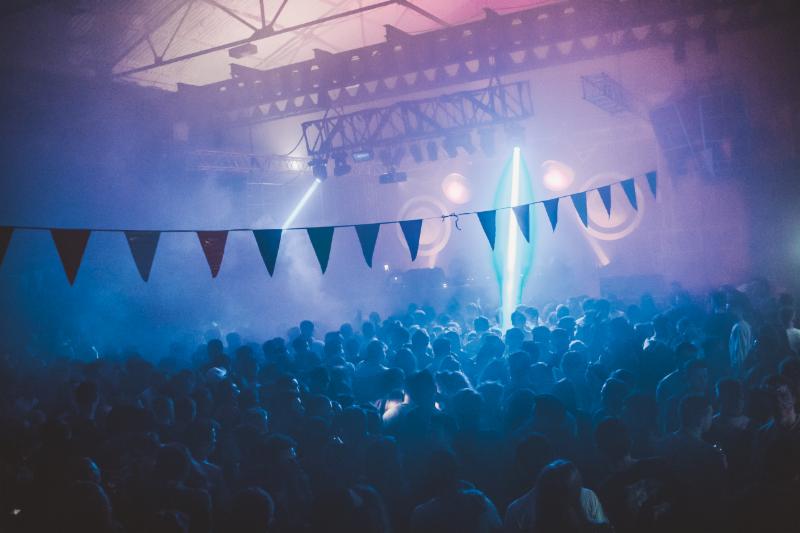 April sees Motion & APEX join forces on Saturday the 1st, to bring an evening of sharp, propulsive House Music. Loco Dice is widely received as one of the cornerstones of the electronic music scene, attaining this title through a catalogue of finely tuned releases and club residencies at respected venues across the globe, Loco Dice will be supported by dynamic producers Subb-an & Caleb Calloway on the evening. Motion welcomes the world famous Oliver Heldens for a very special show on the 2nd April with further artists still TBA, whilst Simple Things Presents Moderat, the trailblazing collaboration between Modeselektor and Apparat, on the 3rd April. The event will take place in the freshly refurbished Motion main room a couple of days after the release of the latest Moderat album III.

The ever popular Motion Free Rave is back on the 8th April, followed by Gassed at Motion's more intimate Marble Factory venue on the 15th April, Gassed welcomes Applebottom, De$ignated, Troy Gunner, Fish, Bromley, Luke Randall, Kake, Ozman, Ycone40 and Tilley.  Shadow Child takes over the Marble Factory on the 16th April as part of his highly anticipated Connected Tour, joined by Friend Within, Sly One and Coexist. Over in Motion, Run will Present DJ Hype who will play a two hour set in celebration of Playaz 20th Anniversary Tour, DJ Hype will be joined on the night by the likes of Hazard, TC, Annix, Sasasas, Skibadee and many more.

Now in its fourth year, the ANTS colony has rapidly established itself as one of the go-to residencies of Ibiza's party calendar. Championed by loyal resident and party starter Andrea Oliva, he'll be joined by Maya Jane Coles and Steve Lawler at Motion on Saturday 23rd April. Hide & Seek comes to Bristol on the 29th April with Asian Dub Foundation, Lack of Afro, Smerins Anti-Social Club, Dj Yoda (AV show), Dj Food and many more, followed by UKF on the 30th April featuring Sub Focus, Friction, Culture Shock, 1991, SH?M and Hosted by MC ID.

May kicks off with a special Apex show featuring Patrick Topping, Catz 'N Dogz, Midland, Will Saul, Alan Fitzpatrick, Sei A, Jamie Roy and Apex Collective over the May Day Bank Holiday weekend.The Blast then take over Marble Factory on Friday 6th and Saturday 7th May, with Preditah heading up Friday's bill and Phaelea headlining the Saturday, further acts for both shows are still TBA. Motion will also play host to the Love Saves The Day After Parties on Saturday 28th & Sunday 29th May. Full line-ups, listings and more events and brands to be added to the line-up.