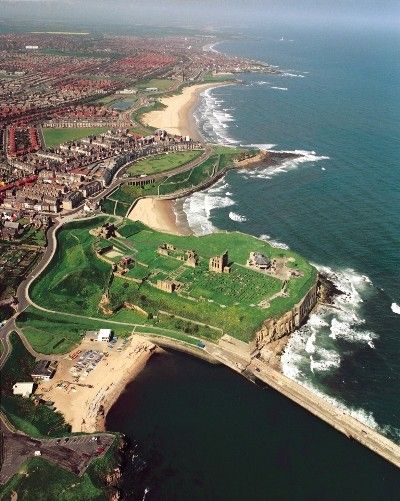 The line-up has been revealed for the Mouth of the Tyne Festival’s Sunday afternoon’s main stage on 12 July with Motown legends Martha Reeves and the Vandellas headlining. They top the weekend’s bill with Paul Heaton and Jacqui Abbot (Friday) and The Specials (Saturday).

Festival shows at the Playhouse Whitley Bay have also been announced.

Martha Reeves and the Vandellas headline Sunday on the outdoor stage situated in the grounds of Tynemouth’s Priory & Castle, which is located on a spectacular coastal headland.  Sunday’s bill also includes 80’s chart regulars The Christians, Acid Jazz group The James Taylor Quartet, Ben Ottewell from the indie rock band Gomez, North East pop folk band Kosoti and Olivia Devine, a 17-year old singer songwriter from Whitley Bay, who has built a strong following on You Tube with her inspired covers and original songs. They join the previously announced artists The Specials and Paul Heaton & Jacqui Abbott.

Tickets cost £15 for adults and £7 for children go and go on sale from 9am Friday (13 March) at www.ticketmaster.co.uk (+bf). Tickets can also be purchased in person at North Shields Tourist Information Centre from Tuesday 17 March.

Tickets for Jack Savoretti cost £17.50 each and Lisbon tickets cost £10 each. They are available from 9am Friday at www.eventim.co.uk. Booking fees apply.

Welcoming the news, Cllr Eddie Darke, cabinet member for Culture, Leisure and Tourism said: “The Sunday concert is always a popular event with families and this line-up will sound amazing in the stunning setting of Tynemouth Priory and Castle.

“We’re also delighted to announce the artists who will play special one-off shows at the Playhouse Whitley Bay, which are also sure to draw in the crowds.”

In addition to live music,  Mouth of the Tyne Festival celebrates the performing arts and encourages family participation. Tourism & Events manager for North Tyneside Pete Warne says:
“It’ll be a bustling weekend with interactive family activities on the platform of the recently restored Victorian Tynemouth Station and the chance to take a surf lesson just a stone’s throw from the festival site with Tynemouth Surf Co. This year’s parade will see hundreds of local school children and parents in colourful costumes belting out world music rhythms. Of course, the opportunity to just relax on Blue Flag-winning King Edward’s Bay in the shadow of Tynemouth Priory and Castle and breathe it all in is a bonus too.”

A five-day cultural celebration of music and performing arts,  Mouth of the Tyne Festival takes  place each summer in Tynemouth, North East England,  with its main outdoor stage situated in a stunning coastal location by the Tynemouth Priory and Castle.

Now in its eleventh year, 2015’s event will take place from 8th-12-July celebrating music and the performing arts across four main locations: Tynemouth Priory and Castle, Playhouse Whitley Bay, Tynemouth Front Street and Tynemouth Station.  Tynemouth Priory provides a beautiful coastal location for live bands and can accommodate up to 4,000 people each day. It is adjacent to the ruins of the Priory and Castle overlooking the picturesque King Edward’s Bay and the North Sea.

Besides nationally-known bands there is a very popular free jazz stage at the end of Front Street, which will be a blaze of colour and activity throughout, and includes a programme of street performers, parades and the hugely popular children’s pageant.

The Playhouse Whitley Bay will play host to live bands and musicians and Tynemouth Metro Station features a takeover for the duration, with dance troupes and a wide variety of musicians and performers. There will also be a designated ‘Early Years’ area for children featuring a storytelling, music and craft activities. Local food and craft stalls will line the station’s platform offering a delicious array of artisan produce and decorative work.

Many more artists and events to be announced.

Mouth of the Tyne Festival is supported by Port of Tyne, Kier and Tyne Met College. For further information visit: www.mouthofthetynefestival.com