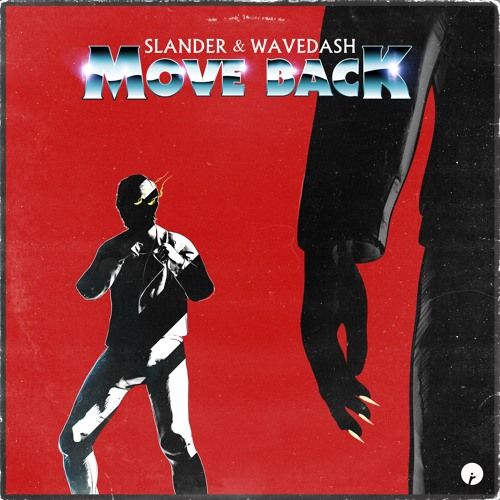 It seems that all SLANDER touches turns to gold, and their newest track is set to be their next success story. The famed duo teamed up with talented newcomers WAVEDASH for "Move Back," released on Insomniac Records, which literally dominates with a bone-shaking drop, serrating mechanical synths and even a siren sample in the mix. For SLANDER, who have a devout live show following, "Move Back" will be a kingpin on the dancefloor. WAVEDASH's heavy bass sound is akin to earlier works from SLANDER and NGHTMRE, making the trio a perfectly fitting collaboration candidate. With festival season kicking into full gear, there's no doubt you'll hear "Move Back" slaying crowds around the globe this summer.

SLANDER first made waves in the scene when they debuted their remix of Showtek's "We Like to Party" in 2014, coining their unique sound. However, SLANDER has proven they are capable of so much more than remixes and a singular genre. The duo made waves with their original productions and an evolved sound, as recently evidenced on "Welcome To The Fire" with Sullivan King, "I Can't Escape" with SAYMYNAME featuring Feli Ferraro and "Happy Now". Their ability to produce both bass-heavy headbangers and emotionally stirring melodies distinguishes them as talented, multifaceted producers, not to mention their charismatic stage presence. Together with NGHTMRE, SLANDER has made their "Gud Vibrations" event concept into a bonafide lifestyle. In 2018 they sold out their Miami Music Week's Gud Vibrations Boat Party in less than 3 minutes, and continue to branch out and grow their brand. This is only the beginning of what SLANDER has planned for 2018, so stay tuned to see what they have up their sleeve next.

WAVEDASH debuted in 2015 with their single "Bang", released on Skrillex's OWSLA Records, which sat comfortably at #1 on the Beatport chart for months on end. With a monstrous amount of hype surrounding their new music, the trio self-released their first ever EP "Hundred", which featured their intricate high energy productions, all of which continue to rival music by producers who double their age. They are fresh off performing at Beyond Wonderland and have an arsenal of music coming in 2018. The young trio is moving full speed ahead with no intention of slowing down, undeniably making them an act to keep an eye on.