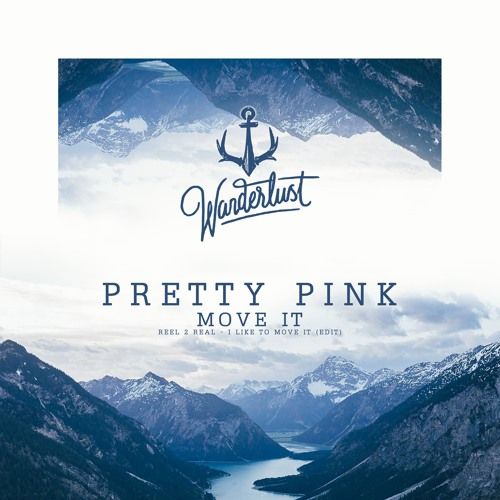 Hailing from the deep woods of Germany is Wanderlust Music head-honcho and iridescent producer, Pretty Pink. Merely two months following the release of a highly lauded deep tech record, Anne Ka – alias Pretty Pink – is returning with her latest single, ‘Move It’. As a gift to 90s and dance music enthusiasts worldwide, Pretty Pink is releasing her latest offering as a free download. ‘Move It’ serves as a club-primed tech-house reimagining of the 1993 classic from Reel 2 Real, ‘I Like To Move It’.

Fresh off the heels of her mesmerizing single ‘Pure’, Pretty Pink is aiming to keep her momentum full steam ahead with ‘Move It’. Sampling the iconic melody from the original, Pretty Pink takes the track to unseen heights as she adds a grooving tech-house twist. The track is igniting the rollout for her fall EP ‘Move It/Rider’ in stunning fashion as the single is destined to land in countless DJ sets as festival season comes to an end and makes its way towards the clubs.

About Pretty Pink:
Pretty Pink embodies tasteful sound with a twist of madness that is sure to elevate crowds to the next level.  Having already grown a dedicated fan following and generating multi-million level stream counts across all streaming platforms, the ascending producer has proven instrumental to many successful releases including an edit for the legendary Daft Punk.