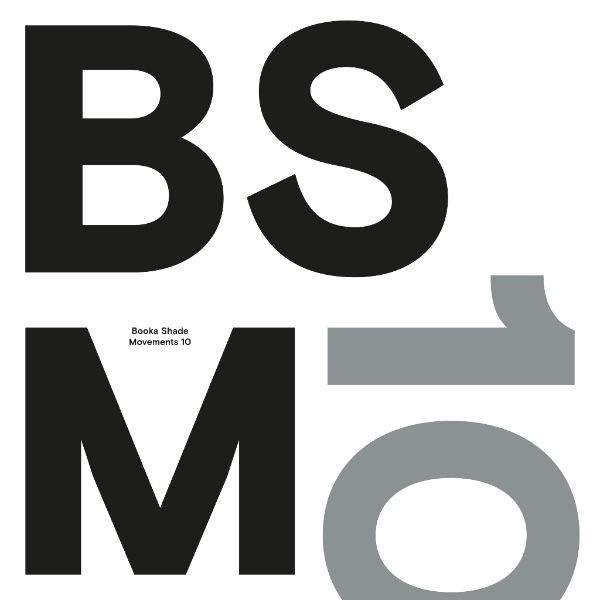 This October 2016, to mark its 10th anniversary Booka Shade will release an expanded re-issue of the era-defining and career-kickstarting LP Movements. 10 exclusive remixes from electronic music’s finest artists including Nils Frahm, Jonas Rathsman, Deetron, Eats Everything, Dennis Ferrer, Patrick Topping, M.A.N.D.Y, Andhim, Hunter/Game and Chi Thanh of classic singles including “Night Falls”, “Mandarine Girl”, “Lost High”, “In White Rooms”, “Wasting Time”, and of course, “Body Language” will feature alongside the 2016 re-master of the original album on the 2CD LP.

Presenting a mixture of original works, reprises, reworks and remixes, Arno Kammermeier and Walter Merziger have ensured there is no sonic stone left unturned in this reissue of Movements. Not to be mistaken for a nostalgia piece, the re-birth of Movements is truly the next chapter in the constantly evolving life of the album: just another iteration in the growth of a set of songs that have mutated over the years through remixes, DJ sets and most importantly through Books Shade's globally-beloved live shows.

Turning their attention to the dreamy atmospherics of “Night Falls” are Nils Frahm and Patrick Topping. Whilst Frahm completely reworks the track in his signature style combining elements of electronic music with classical sounds and structure, Topping’s version is more closely aligned to the club ready vibe of the original with a thudding bass line and sparse injections of the original’s catchy chord progression.

Offering a reprise of “In White Rooms” you’ll find Jonas Rathsman, who’s honest and powerful interpretation of the original track is similarly moving. Multiple layers of synths build up texture throughout, letting the original melody peak through the surface only momentarily. Also sharing their vision on the track is Hunter/Game who’ve taken the instantly recognizable chord progression deeper into the sound. The brooding synths simmer below the pulsing percussion before being encouraged forward by unsettling vocal samples.

The powerful energy of “Mandarine Girl’s” electro house chords have also been left in capable hands, with both Eats Everything and Deetron remixing the pivotal single into a heavier more abrupt space of Techno. On the lighter side of the spectrum is andhim’s remix of “Lost High”, offering a spacious soundscape with the hums of nature and comforting wind chimes.

Echoing the mantra that “an album is never finished”, even before release some of these versions have fed back into the never-ending evolution of the music. Already, Booka Shade have been incorporating Dennis Ferrer's impossibly funky rework of “Lost High”, and Chi Thanh's take on “Body Language” into the versions they deliver live.

Last but certainly not least, Kammermeier and Merziger commissioned their longtime friends and collaborators, M.A.N.D.Y to put their spin on the elegant vocoder seductions of “Wasting Time.” Best known for their 2005 collaboration on “Body Language”, the success of which went on to form the spine of Movements, the “Wasting Time” remix is similarly anchor like as it sits in the middle of the track list.

Booka Shade and Movements have been indescribably influential in developing the musicality of dance music and this reissue is a sonic manifestation of just that. A plethora of artistic input, amongst all this the originals still sound as relevant as they ever have.

In addition to the reissue, Booka Shade launched a brand new, never-before-seen live production of Movements 10 at Sonar Festival (Barcelona) on 18 June, 2016. This was the first of a handful of special appearances for the new production this year at festivals including SW4 (London) on 28, August.