MÖWE, Conor Maynard, RANI and Sam Feldt team up for uplifting anthem ‘Talk To Me’ 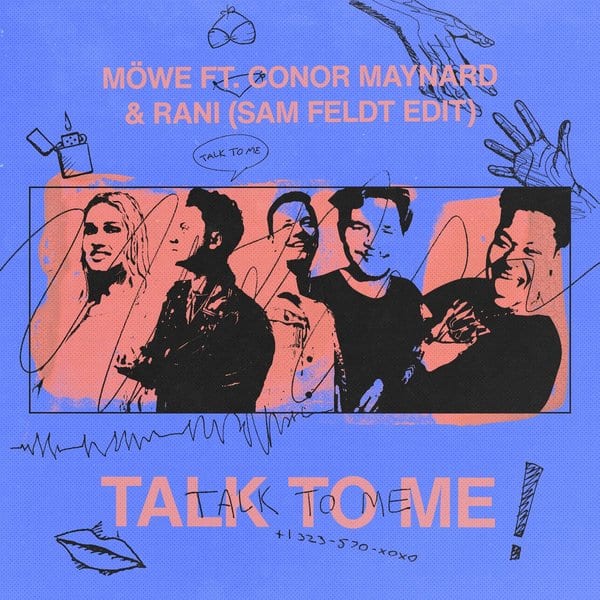 MÖWE, Conor Maynard, RANI and Sam Feldt team up for uplifting anthem ‘Talk To Me’

MÖWE, Conor Maynard, RANI and Sam Feldt kick off 2020 with a brilliant collaboration, resulting in the release of ‘Talk To Me’. The uplifting and positive tones of this fresh new anthem guarantee another surefire hit for this perfect combination of European artists.

The beautiful contrast in this heartstring-pulling track by MÖWE comes from the trading of verses between Dutch singer RANI and British online sensation Conor Maynard. The contrast of male and female voices and perspectives make the song deeply emotional, and it’s complemented by a chugging electro-pop groove and delicate breakdown moments. Just the right amount of build-up energy is used in this wonderful edit by Sam Feldt, never overshadowing the song itself, and the way it builds so subtly is incredibly potent.

MÖWE are the deep house / indie pop duo from Austria who have racked up over 150 million streams with anthems like ‘Skyline’ and ‘Down For Anything’, along with remixes for the likes of Rita Ora and Anne-Marie. For this track, they enlisted the help of Dutch singer and songwriter RANI, who co-wrote and graced Sam Feldt’s massive ‘Post Malone’ with over 240 million streams last year, and England’s Conor Maynard, who has managed to secure 5 Top 10 singles, a #1 album, 7 million monthly listeners and 2 billion streams and over 1.4 billion views and 10 million subscribers on YouTube. Blending the worlds of pop and dance with their deliveries, they make for great material for Feldt to get his hands on. Following on from his massive remix of Ed Sheeran’s ‘South Of The Border’ and his latest radio hit ‘2 Hearts’ featuring Gia Koka, Sam Feldt is starting 2020 with another bang with his edit of this superb track.

On working on the track, MÖWE said: “We have been working on ‘Talk To Me’ for eight months straight. It took a whole lot of work to come to this point. Finally it’s here and we hope people enjoy it as much as we do. With the beautiful voices of Conor Maynard and RANI singing on the track and Sam Feldt who created the cool edit, we are more than happy with the result.”

On the story and meaning of the song, Conor Maynard and RANI said: “The track is about someone who really wants to connect with their partner. However, because of miscommunication between the two lovers the relationship is not working out at the moment. Communication is one of the most important parts of a relationship. The song highlights no matter how attracted you are to each other, communication is such a key part of making it work.”

Grab your copy of ‘Talk To Me’ from MÖWE, Conor Maynard, RANI and Sam Feldt now. 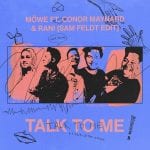