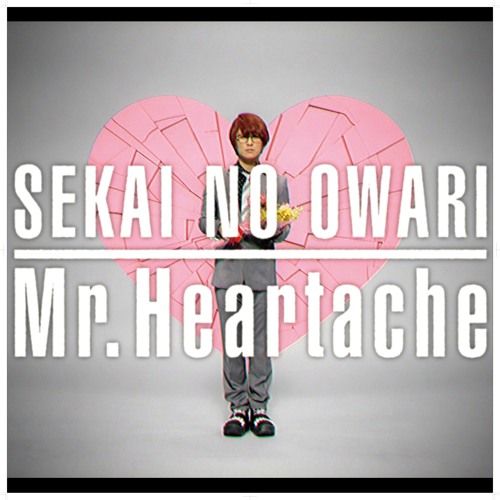 A country much celebrated for its innovation, Japan has frequently been at the forefront of modern entertainment, a humming cultural hotbed where art and technology seem to collide in truly compelling ways.  And, in this regard, the members of SEKAI NO OWARI might just be Japan’s finest representatives.

As one of the hottest and most inventive musical acts in Japan, SEKAI NO OWARI is poised for worldwide superstardom, as they prepare to bring their imaginative live shows to music fans across the globe. SEKAI NO OWARI’s latest album, is currently in production and set for global release in 2016. The band has shared four infectious electro pop rock concoctions to date. The latest "Mr. Heartache," was released on New Years Day as part of Instagram's Global Music Campaign. After a few short days, the video surpassed well over 295,000 views. The track and video for "Mr. Heartache" is a pop-filled and over-the-top cinematic and musical expression of modern day romance.

Comprised of four impeccably skilled childhood friends, Nakajin (leader of the group, lead guitar, sound production); Fukase (lead vocal, group conceptualist), Saori (stage production, piano), and the masked clown DJ LOVE (sonic palette, comedic stage banter), SEKAI NO OWARI, which translates to “End of the World,” is far more than a group of musicians. They’re visionaries and conceptualists, who have managed to seamlessly meld music and art, and transcend the barriers of a typical live show.

SEKAI NO OWARI’s original creation, known as “Tokyo Fantasy,” incorporates a massive stage setup, with a high-concept, mind-bending magic tree house – a testament to the band’s unparalleled fearlessness in creative design and entertainment. Giving fans a live experience nothing short of sublime, SEKAI NO OWARI has performed all across Japan, selling out concerts at a variety of venues, including the legendary Budokan. Their much-lauded show, “Twilight City,” featured Austin Mahone as a supporting guest and filled Japan’s largest venue, Nissan Stadium.  The band’s music has been featured in numerous commercials, television shows and movies, proving their remarkable ability to reach a vast array of listeners. Watch the official video for ANTI-HERO, (produced by Dan The Automater).

In 2013, SEKAI NO OWARI worked with Dutch DJ/Producer, Nicky Romero, on their single, “Dragon Night,” and released “RPG,” which currently has more than 87 million views on YouTube.  Check it out here.   In 2014, the creative group hosted a major live music event, which featured OWL CITY as a special guest.  OWL CITY featured SEKAI NO OWARI on their massive hit song, “Tokyo.”

In 2015, SEKAI NO OWARI released their second studio album, Tree, which debuted at #1 on Japan’s music charts.  Now, after years of preparation, the band is ready to take their originality to music fans all around the world.