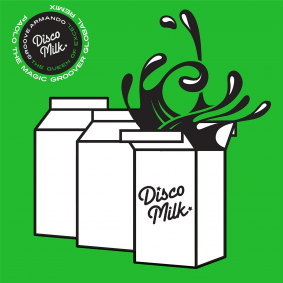 Super Paolo returns to his Disco Milk Records imprint with a funk-infused single entitled ‘MSLU’ including remixes from Rayko, Craxi Disco and a remix of his previous single ‘The Queen of Excel’.

Following a succession of releases that’s picked up support from the likes of The Black Madonna, Honey Dijon, Severino Panzetta and more, the London based outfit and founder Super Paolo have built a reputation of producing infectious tracks from scratch and focusing on utilising live instruments. Super Paolo’s MSLU’ sees him welcome remixes from Opilec Music artist Craxi Disco and Rare Wiri founder, Rayko who has a number of releases scattered across labels such as Nang, Whiskey Disco and Luberjacks in Hell to name a few.

Craxi Disco’s remix then offers up meditative flutes, luscious atmospheres and chugged-out percussion until Paolo The Magic Groover Global remix of ‘The Queen of Excel’ rounds off the pack with otherworldy aesthetics fusing cosmic synth waves and winding melodies together gracefully.