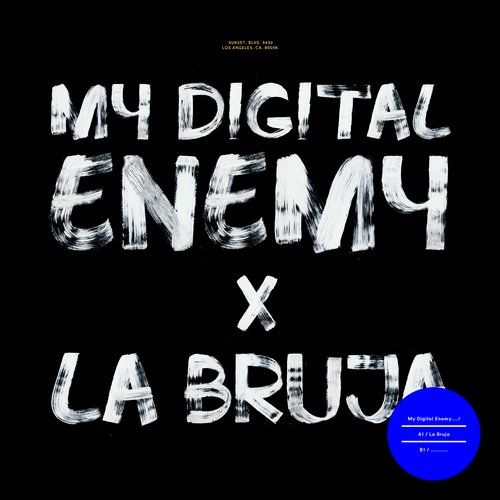 My Digital Enemy are a name synonymous with the very best in cutting edge house music, and ‘La Bruja’ perfectly displays the duo’s exceptional talents. Out now on ‘X’, the sister label of Steve Angello’s ‘Size Records’, La Bruja looks set to do the business in a big way.

This track features a punchy beat and high end samples, all integrating effortlessly to create an exciting, fast tempo drop. This carries over into exotic drums and velvety synths, proving ‘La Bruja’ as an essential house classic.

My Digital Enemy had a great 2013, with five tracks reaching the Beatport House Top 10 and 2014 is off to a similar start. With their prior release ‘Shamen’ gaining immense support from the likes of Pete Tong & Danny Howard and hitting the Beatport Tech House #1 spot, the guys currently have a huge release out on the massively successful Miami Toolroom Records Compilation, ‘Change’.

The two have been working side-by-side for over a decade, with various commercial successes, including a track which reached #3 in the UK Charts in 2005 and their remix of ‘Alter Ego – Rocker’ reaching #1 on the DMC Buzz Chart & the Beatport Tech House chart. With support from the likes of Tiesto, Avicii, Swedish House Mafia and Knife Party to name just a few, 2014 is going to be a busy year for My Digital Enemy.