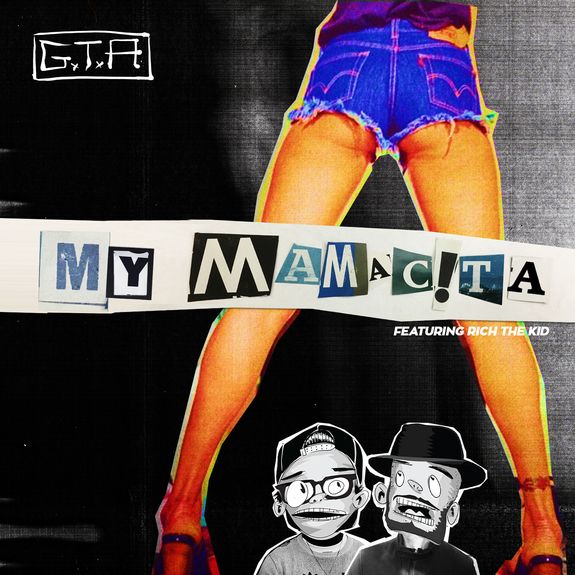 Following what was arguably their biggest year to date, GTA look set to enter 2016 in the same vein. Accountable for one of the most talked about tracks last year, ‘Red Lips’ has been earning support from the likes of Skrillex, Dillon Francis, Jack Ü and countless others. Now, ready to kick off the year in prolific fashion, GTA are back with ‘My Mamacita’ featuring Georgia based rapper, Rich The Kid. This latest slice of hard-hitting, genre-defying dance music is available now as a free download via BitTorrent.

After their highly successful ‘Goons Take America’ Tour together, Rich The Kid hit the studio with GTA to produce this high-octane record and their first ever collaboration. Featuring the innate yet aggressive hook from Rich The Kid, the track quickly swirls into a larger-than-life trap anthem, thanks in large part to the pitched out horn-infused drop alongside scattered deep bass kicks.

Never ones to falter in quality or quantity, Matt & Julio have consistently delivered when it comes to the perfect crossover between rap influenced hits and as a result have garnered the love from fans all across the globe. Adding further to their repertoire of fans, GTA recently won the nod and respect from NBA superstar Carmelo Anthony as ‘My Mamacita’ was synced with the video announcement of the NBA All Star East players – boasting the lineup of Carmelo Anthony, Lebron James, Paul George, Dwayne Wade and Kyle Lowry.

Positioning themselves as new-wave tastemakers, GTA are paving the way for genre-less music to stand at the forefront. With a string of releases, brand new bookings and plenty more in the pipeline for the coming year, GTA look primed for yet another career-defining year.