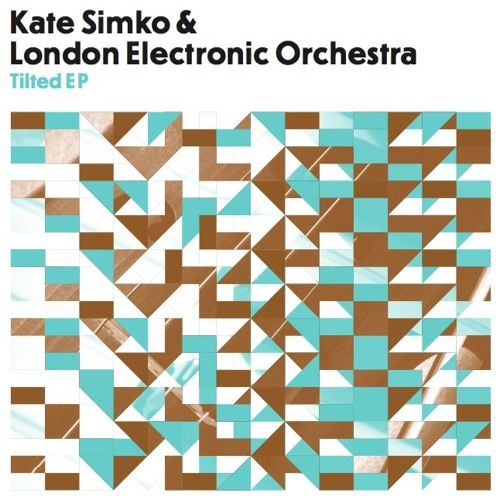 Kate began experimenting with combining classical instruments and electronic music when while getting a masters at the Royal College of Music.

“Rather than design a synthesizer sound, I worked with players trying different techniques and instrumental combinations, and then we’d make recordings. I was studying Composition for Screen, but ended up on a detour experimenting with orchestral instruments, seeing how I could combine them into electronic backdrops.  The tones, ranges, and colour possibilities completely blew me away!  Writing for orchestra is definitely the most exciting thing I’ve learned in my adult life.”

A classically trained pianist, the Chicago native is a musical magpie, remixing Philip Glass, collaborating with Jamie Jones, producing for Katy B, touring an audio-visual live set, and captivating audiences from London to Ibiza with her LEO shows and at clubs worldwide as an in-demand house DJ.

For Kate it all goes hand in hand. ‘To me DJ'ing is live composition,’ she explains. ‘It’s an improvisation. You’re choosing music for the moment. And that spontaneity is channeled into London Electronic Orchestra.”

A rare feat, Kate composes the orchestral parts and produces the original LEO songs in their entirety.  But she is the first to say that collaboration is a key component to the project.

“One of the things that bonds us is that we’re all taking our past experiences as musicians into a slightly new context.  LEO is about showcasing these ornate instruments in a new way, letting the players have their own moments to shine, and working with other creative collaborators to make it all happen.”

Fresh from engineering ASAP Rocky's new LP, Grammy-winner Bea Artola recorded the majority of the album in London. The record was mixed in New York by Dan Bora, who's worked with artists such as Laurie Anderson, Sufjan Stevens, Nico Mühly and Matmos, and is Philip Glass’ main sound engineer.

“When I first heard electronic music it was an instant obsession," says Kate. "It really struck me that both classical and electronic genres take you on a journey without words. The melodies, colors, and soundscapes let your imagination go on your own personal trip.  That abstract freedom is what I love the most.”

Kate Simko’s music reflects the influences of underground house, as well as her background in classical piano and jazz music. Having carved out a path as a successful producer, film composer, and DJ, in 2012 Kate enrolled at London's Royal Collage of Music to study Composition for Screen.

LEO have played a handful of acclaimed live shows to date, at London's Roundhouse at the iTunes Festival, LEAF, the National Gallery, Latitude Festival, Bestival, and Ibiza.  An international tour is planned for 2016.

About The Vinyl Factory

Established in 2001, The Vinyl Factory Group encompasses a record label, vinyl pressing plant, the record shop Phonica and music magazine FACT, in addition to all of its visual arts activities. These include new arts commissions, exhibitions and collaborations between musicians and contemporary artists.