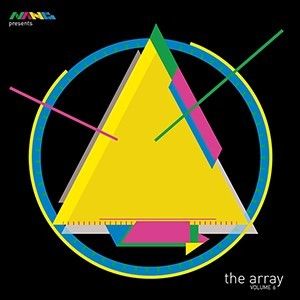 Spring time again, time for the yearly slice of Nang Arrayness. Our recipe stays the same for the 6th year in a row, that being 1/3 Nang hits from the past year 1/3 up and coming Nang hot hits and 1/3 new and groovy tunes that have floated in to us across the Nangscape.

First through the doors is a the lead single from one of our favourite new Italian acts, Disco Doubles. They have an album primed for Nang release later in the year. For now though “Poseidon” with its big swinging beats and elastic grooves is the perfect opener. TK Wonder adding some old school 1981 New York rap flavors. Next up we hook up with a new producer Moon Mood from Belarus. His track “Stargazing” is full of the signature Nang grooves, vibes and musicality. Nuuro AKA Arca (producer of Kanye West, Bjork and FKA Twigs) is next up. We were lucky to catch this Argentinian producer-of-the-moment right at the beginning of his star ascending career. Here the groovy Kim and Buran get Nu Disco with their remix of his track “Avila”.

Revisiting one of our highlights from 2014 next up is Italian synth and DJ overlord Beppe Loda with his Egotrya project and the bellowing, synthy oscillator-y masterpiece “Wind”. Talking of Italian DJ legends, next up is Beppes counterpart (and sometime rival) Daniele Baldelli. Here with DJ Rocca their “Space Scribble” gets a Prins Thomas Nordic disco rework. How many names can you cram into one big release you ask? Russian group Audio Luxury are next with their sulty vocal and catchy grooves on “Every Kiss”.

Irish based JMRS hook up with ex Hurricane #1 , Ride and Oasis guitarist Andy Bell next for their 90s tinged, prog disco stomper “Only A Feeling”. Parisians Venice Beach are next, combining with London man Pete Herbert on the remix for their “Cant’ Stop Me” stomper. 80s darting synths are the order of the day on the next track “Starke and Hatch” from James Rhod. Newcomer Andels takes things on a bouncier groove with his infectiously groovy and joyful “Kosmyk” and then fellow newcomers Tonbe pile on the swing with “So Fresh”, sounding like a Cameo 1985 and Proto house hybrid.

Lithuanian Proper Heat bring up the rear guard with the Ilya Santana remix of “Believe In Love”. To round things off Slovenian massives Ichisan and Nakova pair up with Parisians Venice Beach for their solid and chunky driving remix of “Pionir”. For those on the digital you can also get the exclusive bonus track “All The Time” from Lazer Tom mixed by No Static hit man Headpocket. See you for the 7, Nang out.