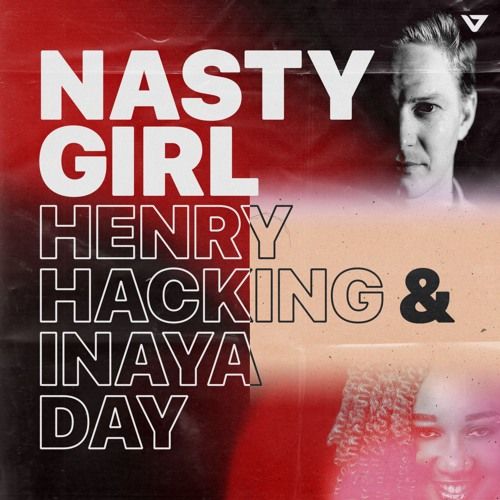 Essential UK producer and DJ Henry Hacking showcases his more playful and vocal side with a debut on Vicious Recordings – a superb remake of ‘Nasty Girl' with big vocals from Inaya Day. Released on 8th February 2019 and proudly sitting at #17 on the UK Buzz Chart and at #17 in the Australia ARIA Club Chart, it lands just before Henry returns to London’s Ministry of Sound to play The Gallery on 22nd Feb. Having burst into 2019 with the club hit ‘Get Down’ on German Powerhouse TIGER RECORDS, this skilled studio wizard continues to build on his success with another sure to be huge single.

After establishing himself on the Asian scene as a versatile DJ and producer who can do all shades of house, Hacking is now making waves in the UK and Europe with his floor-focused sounds. They always show-off his big production values and he remains hard to categorise with each new track. This latest is a remake of the enduring classic, its feelgood keys and deep bass made it a big world-wide hit with a wide range of crowds, from party-loving club goers to sun kissed festival crowds and everyone in between.

With this new track, the former BeatThiefs member and a regular at clubs like London’s Ministry of Sound and Ibiza’s Eden, finds himself on Vicious Recordings, Australia's #1 dance label. It was the birthplace of Avicii’s musical career and in the past, it has released music by dance mainstays Stafford Brothers, Tommie Sunshine, and Ian Carey amongst others, and now Hacking helps it on the way to another big hit. David Guetta, Fedde Le Grand and Nervo have all played Hacking’s recent productions, and this tasteful remake of a go-to classic has won much tastemaker support in all corners of the dance spectrum including Huxley, Franco De Mulero, Vanilla Ace, Mambo Brothers, Sam Divine, Roger Sanchez, Patric La Funk, Oliver Dollar, Quentin Harris, Ryan Blyth, Smokin Jo, Abel Ramos, Animal Trainer, Slipmatt, and Shiba San.

Hacking’s vital version of ‘Nasty Girl’ in collaboration with vocalist Inaya Day is brilliantly different to all his previous works: it finds him layer up euphoric piano chords and rolling drums, with smart percussive loops all adding to the epic-ness. When the vocals break, hands will get thrown in the air and any dance floor will explode into action. It is a surefire but classy crowd pleaser that will make an indelible mark.

David Penn is one of the leading house artists in the scene. Last year he clocked up five number one tracks on labels like Defected and Armada as well as his own Urbana Recordings, and also collaborated with the likes of AFTC to great effect. His remix is a subtle rework that adds more rolling piano chords, spine tingling vocal coos and plenty of reverb to flesh things out. It’s a track filled with suspense and the sort of drops that sends crowds of any size into the stratosphere.

Later in the year, Hacking will continue his Ibiza residency with the legendary Pukka Up next to more Asia tour dates and plenty more besides. 2019 is already off to a flyer for this assured house head, but there is plenty more to come after a hugely productive period in the studio towards the end of 2018.