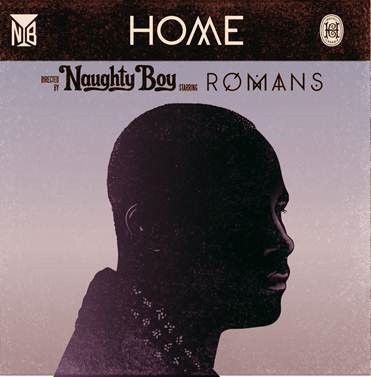 The astonishing success of Shahid ‘Naughty Boy’ Khan shows no signs of slowing down any time soon. Over the last year, the Watford born producer and songwriter has had a UK No.1 single with ‘La, La, La’, featuring a then unknown Sam Smith, two Top 10 hits with ‘Wonder’ and ‘Lifted’ both featuring Emeli Sandé and a No.2 with ‘Hotel Cabana’, his debut album featuring Sandé, Tinie Tempah and Ella Eyre. The video for ‘La La La’ has had over 300 million views to date, has been No.1 on iTunes in 43 countries and Top 10 on iTunes in 83 countries. ‘La La La’ won two MOBO’s for ‘Best Song’ and ‘Best Video’ while Naughty Boy won a UKMVA for ‘Vevo Best New Act’. ‘La La La’ was also nominated for ‘British Video’ and ‘British Single’ at 2014’s BRIT awards.

Now taking the US by storm, ‘La La La’ has gone Top 10 on US iTunes, following heavy rotation on Top 40 radio and powerful performances from Naughty Boy on the ‘Today Show’  and ‘Tonight with David Letterman’

Brand new single, ‘Home’, Ft. newcomer ROMANS, looks sets to build on the foundations so far built by ‘La La La’. Switching the pace from upbeat dance to laidback ballad, the string-filled gospel-inflected number, which reflects on leaving a loved one behind, manages to be both contemplative and joyous. ‘Home’ features the incredibly soulful, scale-climbing vocal of London based ROMANS, a multi-talented singer, songwriter and producer who has worked with Rihanna, DJ Mustard, Kwabs and Stargate amongst others and who will release his own project on Roc Nation in the near future.

Working with brand new talent is typical of Naughty Boy, who has spotted future stars among Emeli Sandé, Tinie Tempah, Sam Smith and Ella Eyre and his latest project, Chasing Grace, now signed to Island. As well as helping to craft the careers of newcomers, Naughty Boy is one of pop music’s most-in demand composers, having worked with everyone from  Rihanna to Lily Allen and is currently in the studio with One Direction. Khan was also the co-producer of Sande’s ‘Our Version of Events’, which was the biggest selling album of 2012 and, incredibly, the second best selling album of 2013.

Following a sold out UK tour late last year, Naughty Boy will be playing many of this summer’s festivals including Wireless festival and V festival. Dates as below;