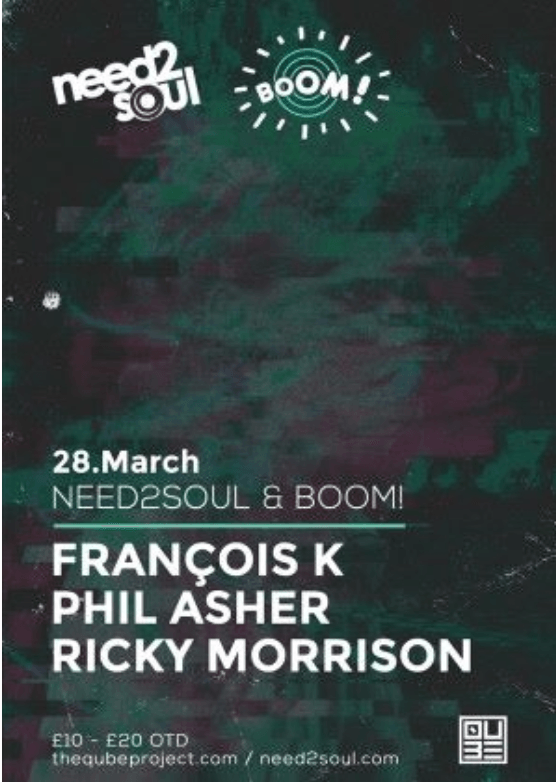 Need2Soul is joining forces with Boom! to deliver another unforgettable party in the capital, this time at one of London’s freshest venues, The Qube Project. Uniting a fantasy line-up of transatlantic proportions, the night will be led than none other than NYC don François K. One of the most influential DJ/ producers/engineers alive today, François Kevorkian moved to New York from his native France in 1975 at the dawn of the NY dance scene and has helped shape its history ever since. From his own disco edits and zeitgeist defining work with Prelude Records to his sets at seminal clubs such as Studio 54, The Loft and Paradise Garage, François is a true pioneer of his craft.