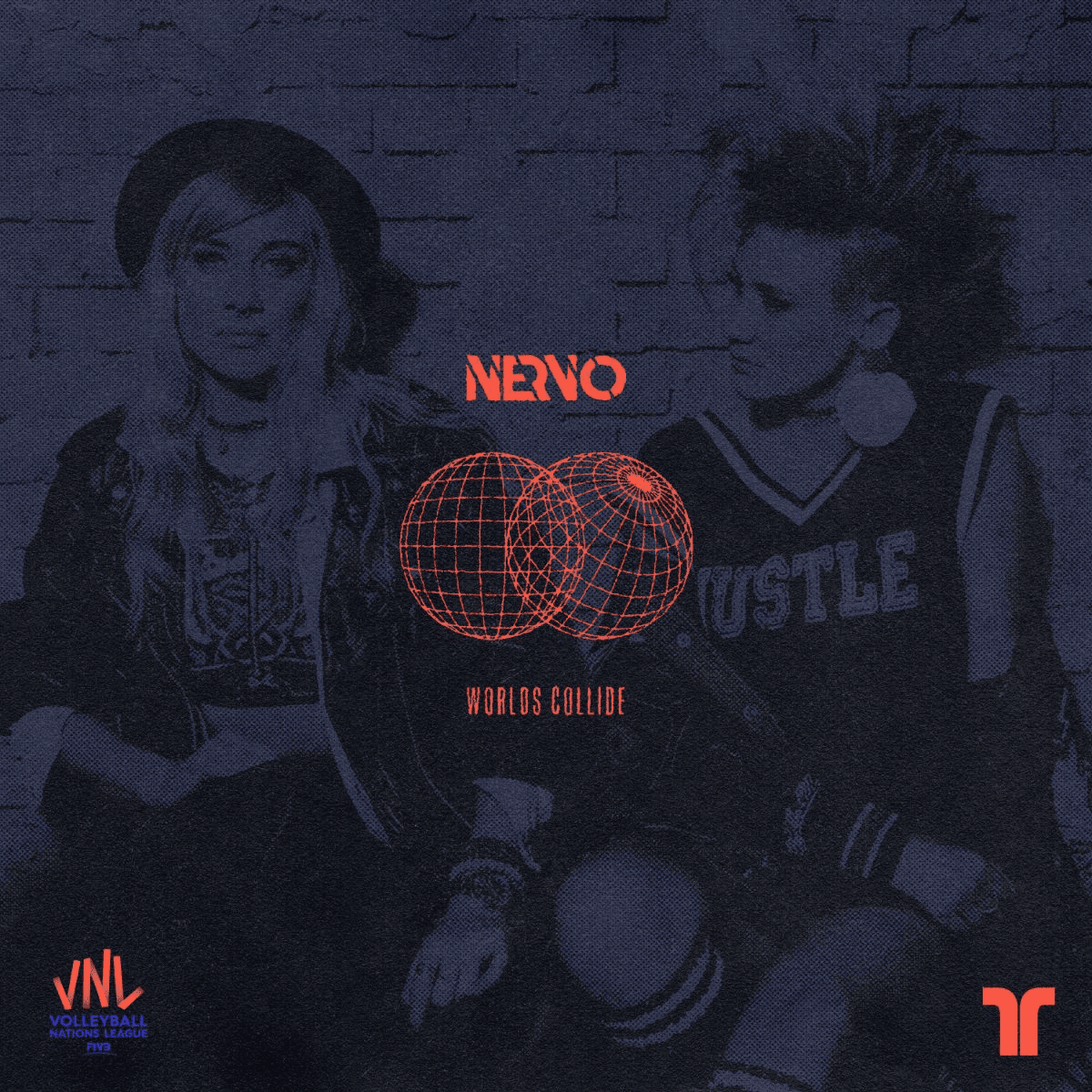 Today (Friday, June 28), dynamite dance duo–NERVO–will release their upcoming pop anthem,“Worlds Collide” via Thrive Music. “Worlds Collide” finds NERVO crooning over huge synthesizers, addicting drum patterns, and massive builds. The single illustrates why NERVO’s emotional anthems continue to resonate at festivals across the world, and why the duo remains one of the most respected and highly regarded groups in the dance music scene.

Fresh off a 2019 Miami Music Week IDMA award for ‘Best Female Artist’, NERVO plan to shake club floors across the globe this summer with their new single “Worlds Collide”. The single has also received high-acclaim across industries, and has been selected as the Volleyball Nations League’s official anthem for 2019. Premiered on Billboard Dance on June 27, Kat Bein says of the single: “It’s got a brightness fit for pool parties and enough drive to inspire the win, but at it’s heart, it’s about how much better everything can be when we work together.”

The dynamo ladies say of the project: “We are super excited to launch the single. It went down so well at last year’s VNL and the party atmosphere was great. The VNL’s energy includes the fans and athletes from all different countries and cultures, which is what the song is all about.”

From songwriters to artists, and super-fans to superstars, electronic dance music’s first sisters – Mim and Liv Nervo of NERVO – have staged a miraculous climb onto the international stage, straight from the pit in front of it.

Having cemented their songwriting prowess with a global No. 1 and having written and produced hits for the likes of Kylie Minogue, Ke$ha, The Pussycat Dolls, Afrojack, Steve Aoki, Armin Van Buuren, and Miley Cyrus (Hannah Montana) to name a few, the sisters of NERVO from Australia have risen to stardom with their songwriting skills alone. Mim and Liv’s career caught fire in 2009, when they co-wrote the emphatic, Grammy-winning, global hit “When Love Takes Over” – for David Guetta and Kelly Rowland. But their journey into dance music started years prior in the festival fields of their native Australia, when as teenagers they went all-out for life-changing electronic acts like The Prodigy, Basement Jaxx, and Fatboy Slim.

“Purple hair and purple lipstick; we did it all,” says Mim. “We almost broke ribs being in the front row of the mosh pit. We were those people in the crowd for so many years, to be playing on the same bills with some of those artists now is just electrifying.”

Most recently NERVO has released the viral hit “Best Friend” which has become the official iPhone X campaign launch song, reached #1 on radio and iTunes, has over 30 million views on YouTube and over 40 million streams on Spotify.  They further gained traction this past year with hits like: “In Your Arms”, “Anywhere You Go”, “LOCO”, “Like Air”, “Make It Last”, “Champagne”, and “Lost In You” featuring some of the biggest artists in dance music today (Timmy Trumpet, Quintino, Danny Avila, DVBBS, Chief Keef, Wolfpack).

In-demand and beloved across the globe, their nonstop schedule takes them from the shimmering beaches of Ibiza, to their studio in their home-away-from-hometowns of London and LA, to the towering main stages of the biggest festivals in the world including Tomorrowland, Lollapalooza, Creamfields, Balaton Sound, EDC, Electric Zoo, ULTRA and many more. Everywhere they go, their infectious energy, fearless personal style, and deep love and understanding for the music precedes them.

“Worlds Collide” is a symbol of NERVO’s growth and stardom in the dance world – as new moms, fans, and artists, this truly is a journey of colliding worlds and finding undeniable success in those depths.