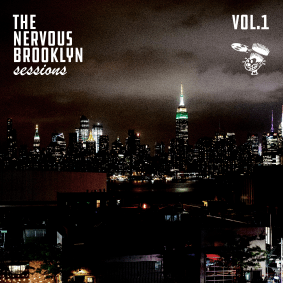 Throughout its respected 27-year history, Nervous has cemented its reputation as one of dance music’s most iconic labels, releasing pivotal output from house legends like Louie Vega, Kenny Dope and Todd Terry, not to mention fostering numerous emerging talent from New York and beyond.

Disco Town kick things off with infectious disco samples, jazzy chords and uplifting strings in ‘Got What You Need’ before Nurvous regular Mark Lower’s ‘I Wanna Be With You’ delivers funk-infused grooves, a luscious sax line and resonating kicks.

Sue Avenue – a project by Belgium’s Pieter Santens – offers up smooth flute waves, warm low end and revitalising keys in ‘Brooklyn By Night’ before closing the EP with a delicious house cut by means of ‘Let There Be House’ featuring New York’s DJ Romain which delivers soulful atmospheres, indulgent sound design and enticing vocals throughout.