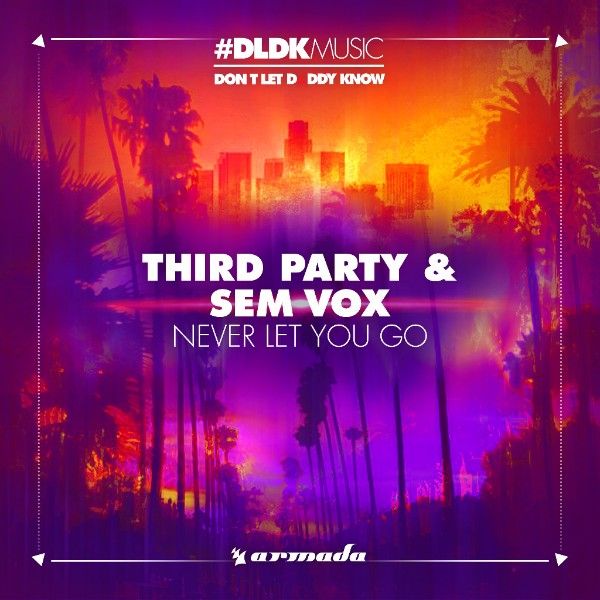 Today, Third Party and Sem Vox dropped their brand-new single ‘Never Let You Go’ onto #DLDKMUSIC. The song counts as the third release of the record label and was forged by the UK duo (Third Party) and the renowned Don’t Let Daddy Know anthem creator (Sem Vox). #DLDKMUSIC operates under the wing of Amsterdam-based record label Armada Music.

In the past few months, Sem Vox has been taking the world of dance music by storm. Sem Vox’s ‘Get It Up’ and ‘Mumbai’ – both released on #DLDKMUSIC as well – rose as the respective anthems of the illustrious Don’t Let Daddy Know events in Amsterdam and India. Now collaborating with Third Party, Sem Vox proves he’s not one to let momentum subside and continues to strengthen his foothold in the industry by way of this new single with Third Party.