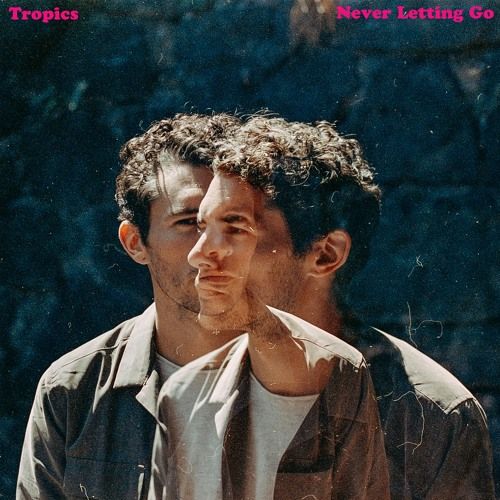 British vocalist, songwriter and producer TROPICS has today announced his forthcoming third album 'Nocturnal Souls' will be released on 29th June via + FOURS. In tandem with the news, he has shared the first taster of what you can expect from his highly accomplished latest effort; listen to the richly textured and psychedelic album cut 'Never Letting Go'. The single premiered via DIY, who said "A woozy, pysch-tinged dose of hazy lounge pop, his latest wraps you up in a soft sonic blanket, spinning falsetto vocals and layered washes of lilting synths into a gently hypnotic, four-minute treat".

Adopting sounds predominantly heard in Trip-Hop and Electronica at the beginning, Ward's ambient tones have, over time, taken more of a back seat to make room for live instrumentation with a Jazz and Psychedelic sensibility, set against his trademark raw and heart-wrenching vocals. The sonic shift has been all the more prevalent following Ward's move to Los Angeles after the release of 'Rapture', where he took himself to focus on writing new material and exploring collaborations. It was there that he hooked up with ex-label bandmates and friends Badbadnotgood, who lent instrumentation and production to a track on the new album. On this track in particular, he says; "I was really attached to the sort of David Lynch / dark cinematic vibe and I wanted to explore more of what this track was able to portray and how it made me feel." In stark contrast to this, Ward also spent two months in Mexico City where he spent months on end alone, putting the finishing touches to 'Nocturnal Souls'.