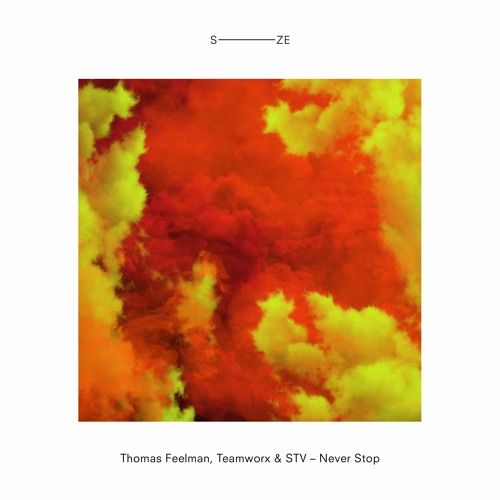 With producer and label boss Angello dropping the track in his own live sets this summer, ‘Never Stop’ has been garnering huge amounts of attention on the festival circuit, thanks to a vibrant beat and irresistible progressive chords.

A rumbling track which displays all the hallmarks of the peak big-room house era, the track is laced with a thunderous build and crackling drop, and follows on from Thomas Feelman’s previous track ‘Together’,which gained support from industry heavyweights Axwell and Sebastian Ingrosso.

The production marks another collaboration between French producer Feelman and STV, who teamed up together on ‘Recall.’ The latter has also enjoyed remarkable success on Damien N-Drix collab ‘Let It Ring’ which has been supported by the likes of Oliver Heldens, Tchami, Afrojack, and David Guetta. Feelman has also worked with Teamworx on ‘Whisper’, which was a firm fixture on Angello’s BBC Radio 1 Residency last year.

Israeli duo Teamworx are enjoying their most successful year to date, with their Nicky Romero collaboration ‘Champion Sound’ receiving critical acclaim across the board. Their recent production titled‘Make The Crowd Go’ is a regular weapon in Steve Angello’s live sets, and the pair will also play alongside the likes of Nicky Romero, D.O.D, and Kryder during ADE on 18th October in Amsterdam.

‘Never Stop’ is the perfect soundtrack to round off the summer season and looks set to propel all three artists into the mainstream.