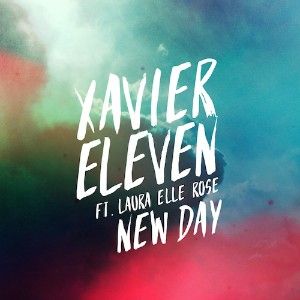 Wookie is best known for his top 10 garage hit ‘Battle’ and was nominated for a MOBO as ‘Best Producer’. He’s also remixed the likes of Destiny’s Child, Public Enemy, Nas and Disclosure and was the writer and producer for Soul II Soul for many years.

Xavier Eleven was the man behind UK funky hit ‘Make It Funky For Me’ as one half of Attaca Pesante, so it’s a nice combination of players in the UK scene coming together. .

Xavier Eleven is the new project from Dean Johnson, previously one half of hit making production duo Attaca Pesante. A multi-talented instrumentalist as well as producer, he is back in the studio producing fresh material after an inspiring hiatus exploring Asia. “Music has the power to change ones’ mood and mindset in a positive way. That’s why I love music, that’s why I started making it.”

About Nothing Else Matters

Nothing Else Matters is the new record label founded by BBC radio 1 DJ Danny Howard and former BBC colleague Nigel Harding. It launched in huge style with 99 Souls’s hit ‘The Girl Is Mine’, and has since followed up with a mixture of both underground and radio-friendly releases, as well as a big event at London’s The Steelyard. Danny said about the label: “Everyday I’m discovering new tracks and extremely talented artists. Aside from supporting them on air and on the dancefloor, I’ve always wanted a way in which I can help even more people hear these incredible sounds.”