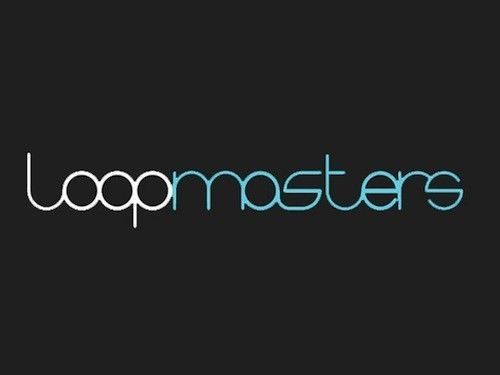 Loopmasters and Hospital Records are proud to present the next instalment in their award winning Drum and Bass sample series – featuring the combined talents of the brothers Gresham aka Nu:Logic! This fresh and exciting project is now available and features an incredible selection of Drum and Bass loops, tones and one shot samples which will be forcing their way through the speakers of many producers studios over the coming months.

Packed with inspirational musical moments, revolutionary fx, tight processing and heavy beats and basslines – the sound of Nu:Logic is a wonderful thing – being both retrospective in its influence – jazzy at times and also driving with a menacing, modulating undercurrent. Nu:Logic is a collaborative partnership between Hospital signings Nu:Tone and Logistics. The two brothers, Dan and Matt Gresham first joined forces under this new alias in the mid noughties, with the first Nu:Logic release “On & On” appearing on Hospital in 2004. The project was put on the back burner with solo albums from each artist respectively, until 2010 when they released their “New Technique” EP to great critical acclaim. The pair combine the music that they love – music with soul, atmosphere, tension and groove – together into one melting pot of sound. Whilst growing up they were exposed to the same music, but quickly found their tastes diverging. However now they are older, these have moved closer together again and at the core is a shared love of artists such as DJ Shadow, DJ Krush, MoWax, Full Cycle, Heaz, No U Turn, Jazzanova and Calibre. The debut Nu:Logic album was released in March 2013 to massive critical and popular acclaim with Mixmag proclaiming “What’s not to like?”. Featuring vocal collaborations with Lifford, MC DRS, Robert Manos and producer de jour S.P.Y the album was also huge among the drum & bass fraternity from Netsky to Subfocus, from DJ Hype to LTJ Bukem.

If you’re a Drum and Bass producer you will definitely need this pack so check out the demo sounds and sample Nu:Logic Drum and Bass Vol9 NOW!

Loopmasters present The Top 100 DJ’s Signature Sounds Massive Presets Vol 2 produced exclusively for Loopmasters by Monomade’s Adam White. This is an incredible chance to re-load your NI Massive Soft Synth with a brand new palette of cutting edge sounds inspired by the latest DJ Mag Top 100 DJ’s and producers poll, essentially plumping up your sound bank with the freshest sounds that have been igniting the worlds dance floors for the past twelve months!

Adam has studied each artist carefully and chosen one signature sound to re-create from each of the Top 100 DJs/Producers and brought them to life yet again with intelligent programming and useful pre-assigned macros for each sound, allowing producers to create on-the-fly edits and tweaks.

With it’s percussion heavy rhythms and solid Deep House grooves this expertly crafted pack holds the key to the perfect Deep Afro productions. This pack will appeal to fans of Toolroom Records, Defected, Hot Creations, Spinnin and Saved to name a few…..

Afro Drums – 30 head nodding loops made up of individual kicks, hats and claps. Individual hits included for more intense editing capabilities.
Perc Hits – 40 immediate tribal percussion hits crafted for your instant satisfaction. Just add drums and you’re ready to go.
Afro Tops – 30 no kick loops to drop over your kick drum to complete that tribal house rhythm that will give your track the perfect groove.
Afro Bass – 20 keyed and rolling sub heavy bass loops ready to underpin your productions.
Afro Synths – 20 smooth hypnotic synth tops keyed and labeled for ease of use.
Afro FX – 10 white noise, rises, drops, glitched synths fx & more to highlight and elevate sections in your music.
Music Loops – 20 ready produced full track loops. Hear how good these loops can sound when produced into a full track.
All Loops are Hi-quality 24bit Wav and are at 124bpm

Loopmasters officially launched early in 2003 with the aim of producing flexible sample libraries for producers and musicians who required top quality playing from seasoned professionals to integrate into and inspire their music. From its inception, the company marched in sync with the sudden explosion of popularity of the computer-based DAWs like Steinberg Cubase, Apple Logic, Propellerheads Reason or Ableton Live, to name a few. Loopmasters populated the market of pro-quality sound design and was among the first to release samples from renowned performers, producers and DJs such as Deadmau5, Re-Zone, Coldcut, Full Cycle, Mad Professor, Meat Katie, Pete Moss, Santé, Dom Kane, Lack Of Afro, Marshall Jefferson, Audiojack, Aki Bergen, Terry Grant, Steve Mac and many dance music icons. For the past 10 years, Loopmasters have provided customers with the best and cutting edge samples and music software that money can buy… and the beat goes on!..

The Loopmasters label continue close cooperation with known and established producers. The scope of musical genres released under this label covers various electronic music niches like Minimal House, Techno, Drum and Bass, Reggae as well as single-instrument sample libraries consisting of Loops and Sampler Presets. Loopmasters’s close ties with the industry have yielded specialised Artist Series (with participation of established artists) and Label Series (with known music labels such as 2020 Vision, Tidy Trax or Full Cycle Recordings. Loopmasters is also a portal, commercially dubbed “The Sample Boutique”, which sells sample packs online. The portal also features other sound design labels and the full catalogue of titles is growing at a weekly rate. The portal allows quick sample pack browsing by Label name, music genre or format.. The products are usually delivered as digital downloads and they are available in various delivery formats: Full Pack (which usually includes .WAV files + presets for popular samplers: Kontakt, Battery, EXS, Halion, NN-XT), AppleLoops, Ableton Live packs and REX2. All sample packs sold at Loopmasters are provided royalty free – whoever purchases the license to the sounds does not have to clear the samples for use in any music, TV or multimedia production. With a few exceptions most audio material is offered at 44.1 kHz / 24-bit quality.

Loopmasters have also a blog – LoopBlog, which provides original and curated content for music producers and includes interviews with producers/DJs and music production tips & tricks. Although LoopBlog exists under a separate URL (http://www.loopblog.net <http://www.loopblog.net/>) the links in its articles are often integrated with the products featured on Loopmasters.