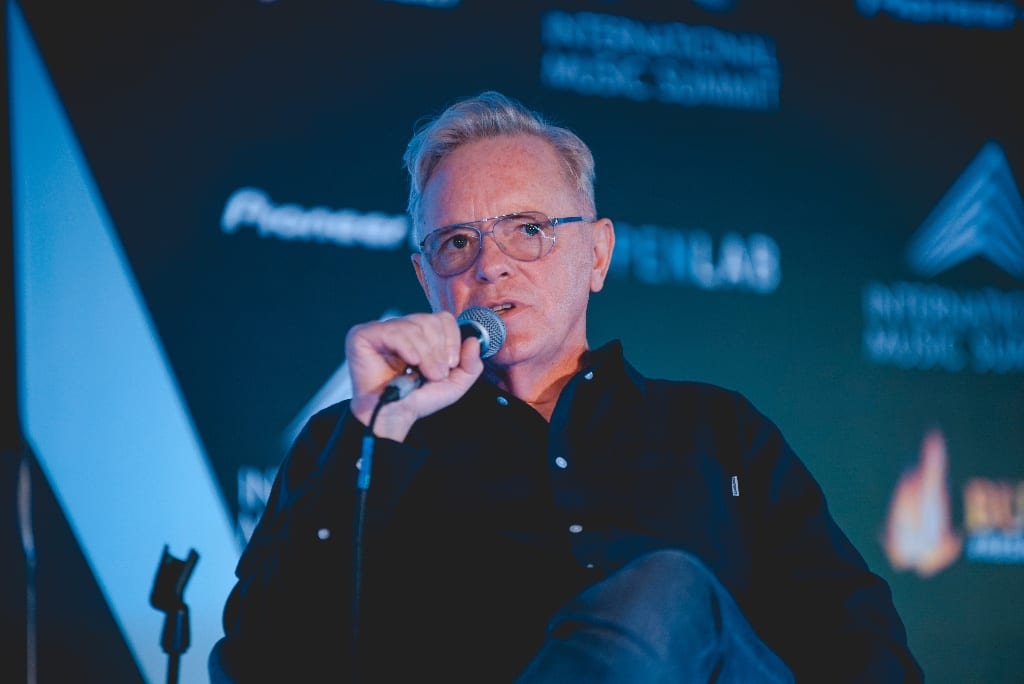 The founding member of the iconic 80’s English band Joy Division and New Order has shared his reaction during his exclusive talk today at International Music Summit – Ibiza.  Going on to share experiences about his multi-decade career and memories from recording one of the finest albums of 1989,Technique, on the island of Ibiza during a time when dance music was taking Balearic beat to a whole new dimension.

“It breaks my heart. What a pointless act of brutality. It’s my home city.”

During the talk moderated by BBC Radio 1’s Pete Tong MBE, Bernard emotionally spoke about the recent happenings in his home town this after band mate Peter Hook’s daughter was at the concert consequently marked as safe where the tragedy happened.

During the talk, Bernard shared his influential Ibizan experiences of attending early super clubs Amnesiaand Es Paradis, saying “It sounded like different styles of music all mashed together”, inspiring their sound resulting in the production sound of his early work ‘Fine Time’.

New Order are soon set to perform at The Manchester Festival, a music and arts festival that takes place around the city at the end of June where they will be performing 5 special shows.

He continued, stating that the band will play 90% songs that they don’t normally play live which have been carefully re scored to be performed with a SYNTHESISED orchestra, all illustrating he is still clearly passionate about electronic music.