Refusing to limit himself in the world of sound, WVLFSN (Oliver Wolfson) creates musical masterpieces through his style bending production and vocals. WVLFSN’s non-conforming sound comes from an array of musical influences including early 2000s rock, to 80s disco pop and trap. The varied palette creates what is WVLFSN’s genre-bending sound which can be heard on his new track ‘ZOO’. The new single is high energy but low mood, with punchy 808s, eclectic synthesizer sounds and punk-fuelled electric guitar, ‘ZOO’ sends the listener on an interstellar voyage through the universe.

The track was created in WVLFSN’s home studio in Long Beach, California. Using an electric guitar sample, he threw it into FL Studios and made a beat around it. Once the vocals were recorded, the final master of the song was completed with a friend in Rancho Cucamonga.

Losing his mother at age 5 and moving to Paris at the age of 6, WVLFSN had a chaotic start in life. Moving to Paris was the single most defining event in WVLFSN’s life as it is where his love for music began. Overlooking the Paris streets from the piano in his living room, he taught himself to play by ear after a year of professional lessons at a musical conservatory in the 17th Arrondissement. Fluent in French and equipped with a passion for music, WVLFSN moved back to the United States and settled in Long Beach, California at the age of 13. He attended the notorious Long Beach Polytechnic High school where he was introduced to the American hip-hop scene in which the trap wave had just begun.

Listening to artists such as Young Thug, Future and Chief Keef led WVLFSN to begin producing trap beats. After making beats for about 5 years and working with some local artists, he realized that the world of sound was limitless and began writing his own lyrics, recording vocals and composing his own songs. WVLFSN’s love for the hip-hop and trap scene is sometimes challenged by the rife misogyny and violence linked to the genres, this is something WVLFSN looks to defy in his own music as an advocate for human rights. 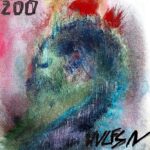