Nic Fanciulli Presents ‘We are The Night’ Barcelona 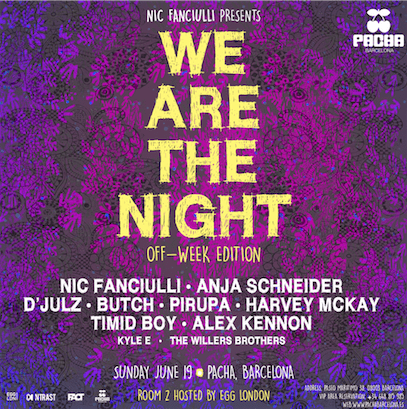 Nic Fanciulli Presents ‘We are The Night’ Barcelona

In the lead up to revealing the lineups for his long awaited Ibiza residency this summer, Nic Fanciulli has announced that he’ll be bringing ‘We Are The Night’ to Pacha Barcelona on Sunday, 19th June during OFF week Sonar.

Following on from tour dates across the Middle East, Australia, New Zealand & the US – including festival appearances at Coachella – Nic Fanciulli heads to Barcelona having also recently played an exclusive, all-night-long showcase alongside Paco Osuna at The Steelyard in London.