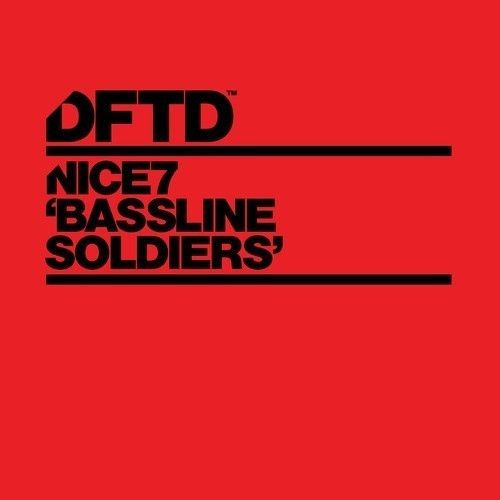 Italian tech house stalwarts NiCe7 have been affirming themselves deeper within the hearts of revellers as their hype manifests itself with quality back to back releases. Favourites of Noir, the duo have released on leading labels such as Gruuv, Toolroom, Cr2 Records, Noir Music and Suara Music.

Originally released by Noir Music, ‘Bassline Soldiers’ is a bassy monster as the title suggests, supported and played by the likes of industry juggernauts Seth Troxler, Dennis Ferrer and Carl Cox to name just three. The decadent floor filler is returning with a horde of remixes, all reworked by some of house music’s leading talents in honour of the underground stomper.

First up is rising German star Sable Sheep who emerged mysteriously only two years ago and has since seen productions rank highly on both RA and Beatport as well as playing at both Sonar and ADE. His rendition of ‘Bassline Soldiers’ is grippingly percussive and atypical to the generic 4/4 monotony some producers fall victim to, and consequently a rhythmic sure fire set ingredient. Second is Nathan Barato, the Toronto export who boasts releases on Rekids, Defected, Culprit, MOOD, King Street and his own Roots And Wings Music. The Canadian’s cut is charged with an atmospheric build-up comprising of trippy ambient synths and twisted edits of the originals vocals which drop into a well-oiled roller comprising of 909 beats and a groovy bassline. Finally, Luke Solomon’s take on the track pulls on some early house conventions and in this case acid hallmarks have been combined with a creative drum beat to a form a killer dance floor weapon.