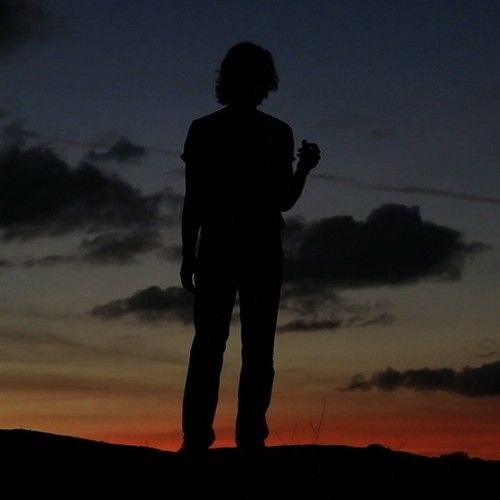 LA’s leftfield pop queen, Nite Jewel, has lent a touch to Canadian Nicholas Krgovich’s newly released single ‘Along the PCH on Oscar Night’. Both artists are keen explorers of the retro-citational, new wave sounds of the 80s, and this remix shows a near-perfect collaboration and enchanting results.

Nicholas Krgovich releases highly anticipated full-length studio album ‘On Sunset’ on September 22nd (UK) via Tin Angel Records. Esquire premiered his new video ‘Along The PCH On Oscar Night’ calling it “the chill out song of the summer”.

The video was shot over two days by filmmaker Peter J Brant who has also produced videos for Solange  and War on Drugs. The location: Los Angeles, in the hills of east LA, at a house in the Hollywood hills which swiftly moves along to on top of the Dolby Theatre – the actual academy awards venue and then outside the world famous Mann Graumann’s Chinese theatre on Hollywood Boulevard.

The concept as Nicholas says “is open to interpretation and my main goal was to “appear” against the amazing backdrop and to let the viewer into the world of the song. There’s the despairing drifter and then there is the washed up movie star – they are both me”.

Taking inspiration from the two women in Mullohand Drive and That Obscure Object Of Desire, Krgovich performs as a variety of characters throughout the video where duality shines through.

Nicholas Krgovich is a songwriter and multi-instrumentalist best known for his work with No Kids, Gigi and P:ano. He has been releasing records under various monikers since P:ano’s acclaimed chamber pop debut, WHEN IT’S DARK AND IT’S SUMMER (2002). Even though the material is often wildly diverse, there is an unmistakable sense of Krgovich’s deep commitment to exploring the endless possibilities of pop, his discerning ear for sonic detail, and an ambition that wilfully borders on the absurd.

He has toured throughout North America, Europe and Asia with his various projects, and has collaborated with artists such as Mount Eerie, Nite Jewel and Amber Coffman of Dirty Projectors. In between recording and touring he has participated in a residency at the Banff Centre for the Arts, written a one-act musical for Vancouver’s Push Festival, contributed songs to myriad film and television productions.