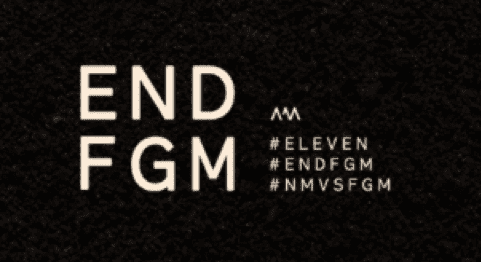 The launch coincides with the International Day of the Girl Child

Internationally renowned artist Nicole Moudaber, has launched her charity ELEVEN, with the aim of raising awareness and money to prevent FGM (Female Genital Mutilation). During this campaign, Nicole will be inviting people around the world to stand up for the rights of girls who have undergone, and suffered the outcomes of the practice and for those who are at risk and trying to prevent it from happening further. All the money raised by ELEVEN will go to Magool, which has been created by psychotherapist and human rights activist Leyla Hussein to support survivors of FGM and those working to end it.

Every 11 seconds a girl is affected by FGM, with over 200 million women globally and approximately 3.6 million more girls at risk every year, the harmful process is carried out on young girls between infancy and age 15. The FGM procedure involves partial or total removal of the external female genitalia for non-medical reasons, with the extreme side effects including cysts, infections, infertility, and even death.

The ELEVEN charity launches this appeal on International Day of the Girl Child, with hopes to raise awareness over this form of child abuse, and to create a social media tidal wave of influencers, musicians and celebrities all taking a stand against this human rights issue, while generating awareness & donations for the cause.

In addition, the ELEVEN campaign will also raise money by selling commemorative leather wristbands atstore.nicolemoudaber.com as well as collecting donations at smarturl.it/EndFGM.

Please join us in our fight to end FGM